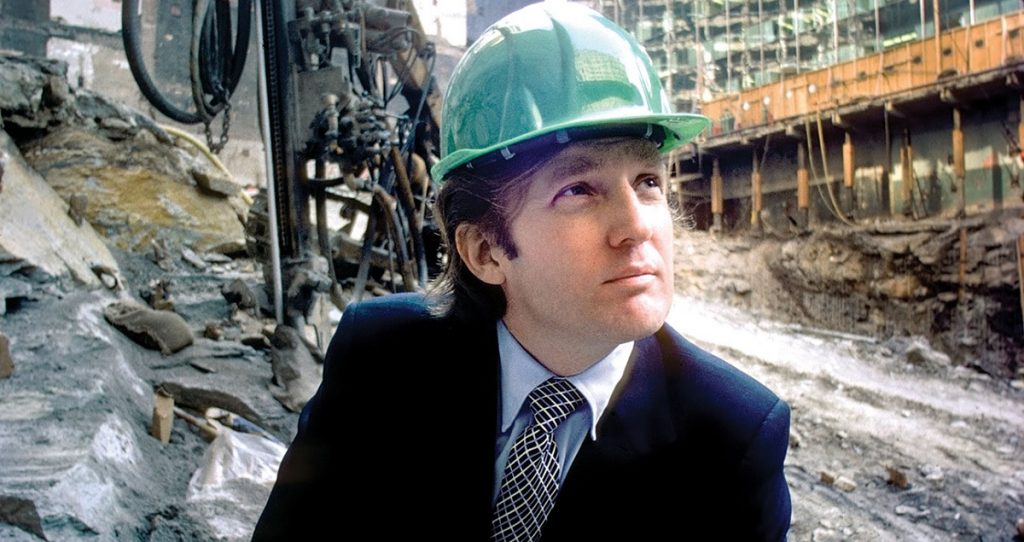 A judge has made public the details of a settlement that President Donald Trump agreed to for alleged labor infractions in 1980.

“In 1980, under pressure to begin construction on what would become his signature project, Donald J. Trump employed a crew of 200 undocumented Polish workers who worked in 12-hour shifts, without gloves, hard hats or masks, to demolish the Bonwit Teller building on Fifth Avenue, where the 58-story, golden-hued Trump Tower now stands.

The workers were paid as little as $4 an hour for their dangerous labor, less than half the union wage, if they got paid at all.

Their treatment led to years of litigation over Mr. Trump’s labor practices, and in 1998, despite frequent claims that he never settles lawsuits, Mr. Trump quietly reached an agreement to end a class-action suit over the Bonwit Teller demolition in which he was a defendant.

For almost 20 years, the terms of that settlement have remained a secret. But last week, the settlement documents were unsealed by Loretta A. Preska, a United States District Court judge for the Southern District, in response to a 2016 motion filed by Time Inc. and the Reporters Committee for Freedom of the Press. Judge Preska found that the public’s right to know of court proceedings in a class-action case was strengthened by the involvement of the ‘now-president of the United States.’

In a 21-page finding, Judge Preska wrote that ‘the Trump Parties have failed to identify any interests that can overcome the common law and First Amendment presumptions of access to the four documents at issue.’

On the campaign trail and as president, Mr. Trump has made curbing immigration one of his top priorities, seeking to close the borders to people from certain Muslim-majority countries and to deport immigrants who are here illegally. The settlement serves as a reminder that as an employer he relied on illegal immigrants to get a dangerous and dirty job done.

Katie Townsend, litigation director of the Reporters Committee, called the decision a major victory that goes beyond this one case. ‘It makes clear that both the First Amendment and common law rights of public access apply to settlement-related documents in class actions,’ she said.

Lawyers for Mr. Trump were not immediately available for comment.

The documents show that Mr. Trump paid a total of $1.375 million to settle the case, known as Hardy v. Kaszycki, with $500,000 of it going to a union benefits fund and the rest to pay lawyers’ fees and expenses. According to the documents, one of the union lawyers involved asked the judge to ensure “prompt payment” from Mr. Trump, suggesting “within two weeks after the settlement date.”

Mr. Trump jumped in to object. ‘Thirty days is normal,’ he said.

At the time of the settlement, the court papers note, ‘this case has been litigated for 15 years and has already required three rounds of discovery, extensive motion practice, a 16-day trial and two appeals.’

Trump Tower was Mr. Trump’s second solo project after leaving his father’s real estate company, which developed working- and middle-class housing in Queens and Brooklyn. But before he could build a glassy condominium tower on what he considered to be a ‘Tiffany’ of locations, Fifth Avenue and 56th Street, Mr. Trump had to demolish a venerable department store, the 12-story Bonwit Teller building.

For the demolition work, Mr. Trump hired an inexperienced contractor, William Kaszycki of Kaszycki & Sons, for $775,000. Mr. Kaszycki specialized in window and job-site cleaning. His company was renovating an adjoining building for Bonwit Teller, where he employed undocumented Polish workers.

Mr. Trump would later testify that he never walked into the adjoining building or noticed the Polish workers. But a foreman on the job, Zbignew Goryn, testified that Mr. Trump visited the site, marveling to him about the Polish crew.

‘He liked the way the men were working on 57th Street,” Mr. Goryn said. ‘He said, “Those Polish guys are good, hard workers.”‘

The demolition began in January 1980. It was hard, dirty work, breaking up concrete floors, ripping out electrical wiring and cutting pipes while laboring in a cloud of dust and asbestos.

A smaller group of union demolition workers, who were paid much higher wages and, unlike the Poles, overtime, often made fun of their Polish co-workers, according to the testimony of Adam Mrowiec, one of the Polish laborers. ‘They told me and my friends that we are stupid Poles and we are working for such low money,’ he said.

In 1998, Wojciech Kozak described to The New York Times the backbreaking labor on the job.

‘We worked in horrid, terrible conditions,’ Mr. Kozak said. ‘We were frightened illegal immigrants and did not know enough about our rights.'”

For the rest of the piece, check out the full story at The New York Times here.