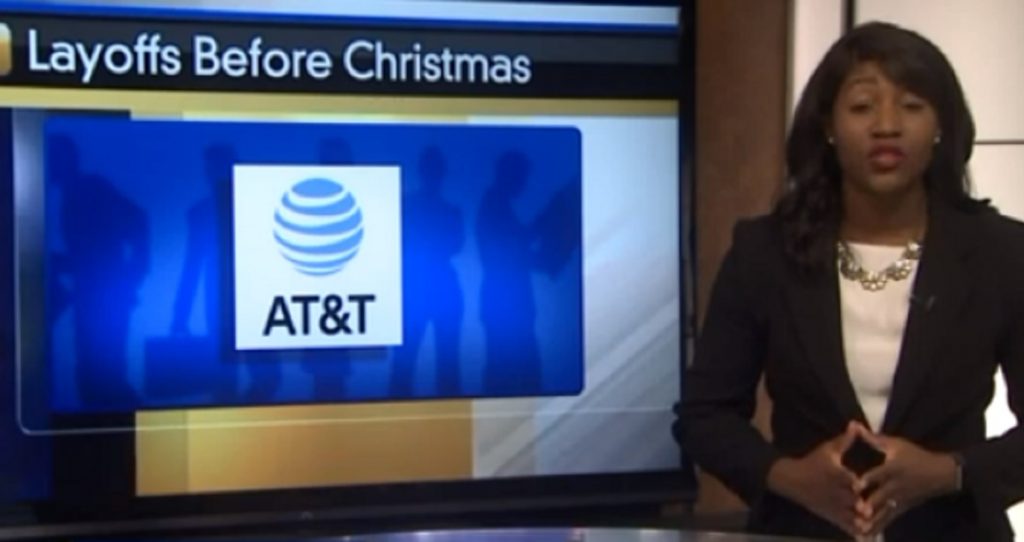 This Christmas will be a bitter one for AT&T employees who are finding themselves without a job.

Just days before Christmas, hundreds of people in the metro found out they will be out of jobs come Jan. 4.

On Dec. 16, the company announced a surplus affecting an estimated 600 employees in Illinois, Wisconsin, Missouri, Michigan, Indiana and Ohio. The workers affected are both indoor and outdoor technicians.

Many of the layoffs in the metro area affect Direct TV technicians and employees at a local call center.

On Thursday, leaders of the Local 6360 Union held a meeting to offer help and share resources with workers who have been laid off. The meeting falls on the same night AT&T announced $1,000 bonuses for more than 200,000 U.S. employees in response to the GOP Tax Plan passing. Those recently notified of these job cuts say the bonuses seem like a slap in the face.

‘How can you lay people off and then give them $1,000 and say that there’s going to be more jobs available? I wish someone could tell me how that’s possible because I have to explain that to my members, and right now at this time of year, this is a difficult pill to swallow,’ said Joseph Blanco, president of Local 6360 Communication Workers of America Union.

‘It makes no sense. It creates a lot of tension and, quite frankly, a lot of our members are on edge because they don’t understand the direction of this company and its mentality of how they’re being treated,’ he said.”

For the rest of the story, check out the Fox 4 News article and broadcast here.