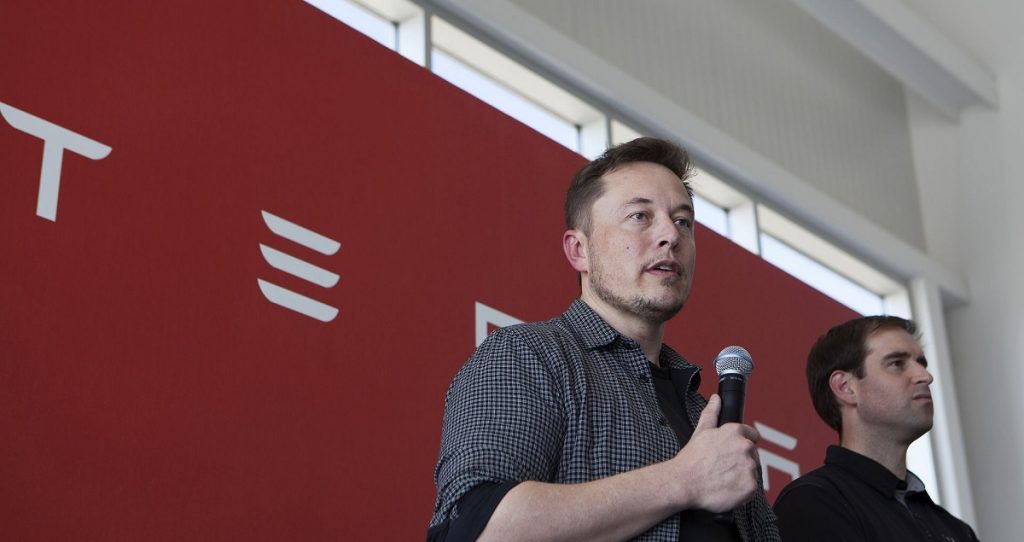 Tesla’s CEO is on a rampage against labor unions as he fights to keep workers from organizing.

“The United Auto Workers has been Elon Musk’s target for days of derision on Twitter, and his posts may open Tesla Inc. up to trouble with U.S. labor regulators.

The Tesla chief executive officer wrote Tuesday that the union drove General Motors and Chrysler into bankruptcy in 2009 and compromised the jobs of more than 200,000 workers. ‘UAW destroyed once great US auto industry & everyone knows it,’ he said in one post. 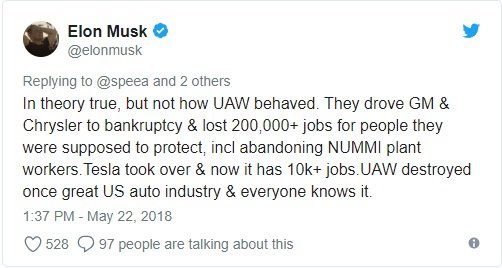 The UAW, which is actively trying to organize Tesla’s California assembly plant, has fired back with tweets of its own. But the more consequential outcome from the spat on the social-networking service may come in the form of unfair labor practice allegations made to the National Labor Relations Board, according to Wilma Liebman, who led the agency during the early years of the Obama administration.”