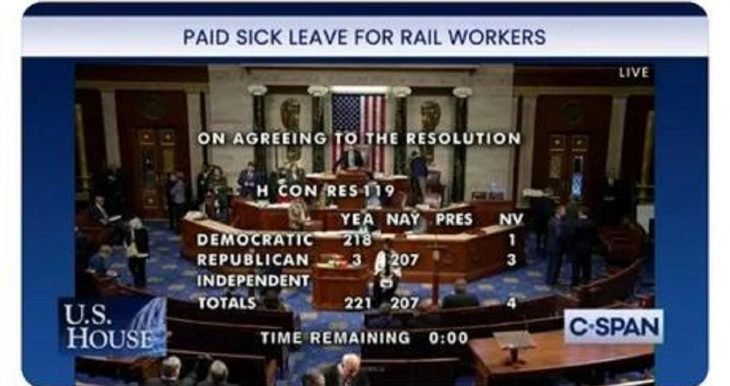 The screenshot below from C-SPAN says it all:

Imagine being so anti-worker, so pro-employer, and so partisan that you would vote down a measure to give overworked freight rail employees a mere seven days of paid sick leave.

That is the mentality of 207 House Republicans who voted along party lines against the sick leave measure for workers who probably won’t be able to even vote on the ratification of their own contract with their bosses.

I get it. There is some merit to the argument that a strike would be devastating to hundreds of millions of Americans. But to try to deny paid sick leave, which members of Congress have plenty of, is nothing more than cruelty against the working class.