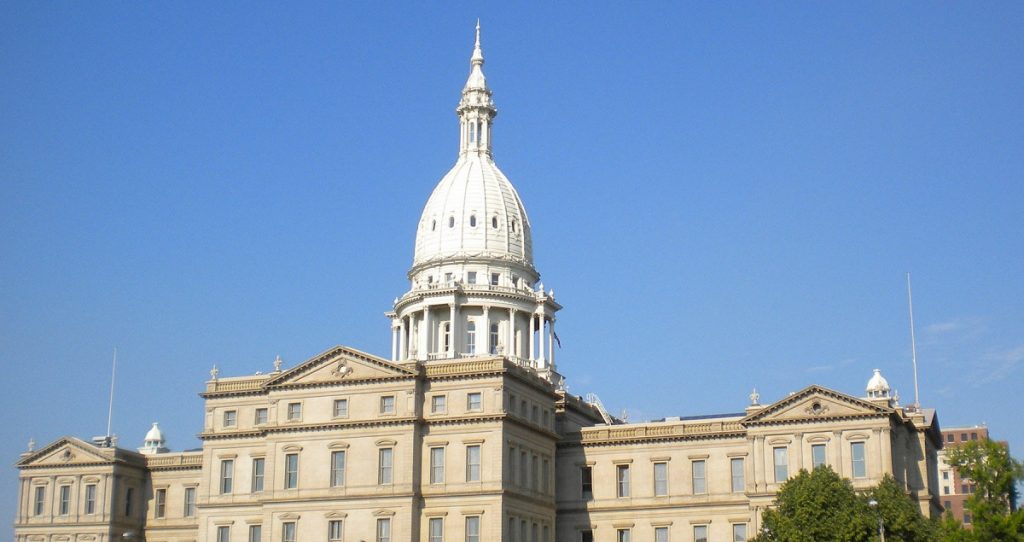 “In the latest blow for organized labor, Michigan’s prevailing wage law, which requires union scale wages on public construction projects, was repealed by Republicans in the Michigan Legislature on Wednesday.

Lawmakers who supported the repeal said it was needed to save taxpayer dollars on public projects.

Projects paying prevailing wages ‘cost 10-15% more than if it was built by the private sector,’ said Senate Majority Leader Arlan Meekhof, R-West Olive, who has introduced the bill to repeal in every legislative session. ‘The time has come to eliminate this outdated law and save our taxpayers money.’

State Rep. Gary Glenn, R-Williams Township, called the prevailing wage a ‘discriminatory and racist relic of the past … Repealing this antiquated price-fixing scheme will save hundreds of millions of dollars.’

But four Republicans joined all the Democrats in the Senate on a 23-14 vote to oppose the measure, which was brought to the Legislature after a group affiliated with the Associated Builders and Contractors organization gathered enough signatures to get the measure either put on the Nov. 6 general election ballot or be voted on by the Legislature.

The repeal will go into effect without the need for a signature from Gov. Rick Snyder, who had threatened to veto a bill introduced last year in the Legislature, because Protecting Michigan Taxpayers snagged 382,700 signatures to get the issue before the Legislature. The state Board of Canvasses certified that 262,736 of those were from valid registered voters. The GOP majority in both the House and Senate gave the measure immediate effect, which means it will become official law when it’s enrolled in the next few days.

The House of Representatives also narrowly voted 56-53, mostly along party lines, to repeal the law. Republicans who joined all the Democrats voting no included: Reps. Joseph Bellino, of Monroe; Gary Howell of North Branch; Martin Howrylak of Troy; Steve Marino of Mt. Clemens; Brett Roberts of Charlotte; Jason Sheppard of Lambertville and Jeff Yaroch of Richmond and Sens. Mike Nofs of Battle Creek, Dale Zorn of Ida, Tory Rocca of Sterling Heights and Tom Casperson of Escanaba. All the other Republicans in the House and Senate voted for the repeal

‘This isn’t just about money, it’s about Michiganders being able to make it. These are men and women who earned by the sweat of their brow,’ said Sen. Coleman Young II, D-Detroit. ‘I’m begging you, for the sake of working families across the state of Michigan, we cannot get rid of prevailing wage.’

And other Democrats predicted dire consequences for Republicans at the ballot box in November.

‘Attacks on working people have consequences. We’re going to spend $100 million to increase skilled trades employees through the Marshall Plan and then pay them less so they leave the state immediately,’ said Sen. Curtis Hertel, D-East Lansing, referring to a plan proposed by Gov. Rick Snyder to invest in more training in workers. ‘While you take their jobs, access to health care and wages, at the end of the day, they get to take your jobs away in November.'”