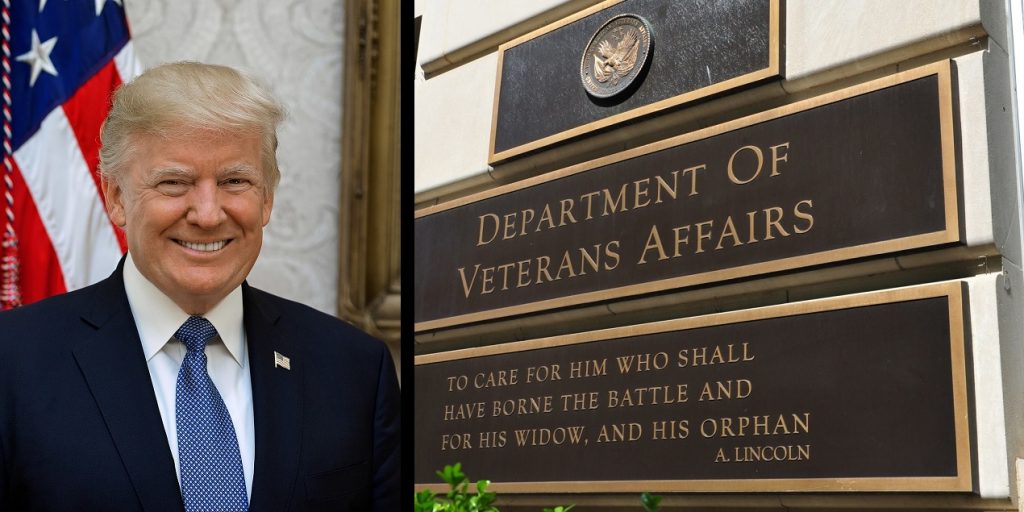 The current administration has its sights set on workers at the Veterans Administration – and unions aren’t taking it lightly.

“A trio of executive orders signed by President Trump in May to take on what he considers a bloated and inefficient federal workforce are working as intended, administration officials say, although Department of Veteran Affairs workers and union members say the implementation is hurting workers — and veterans.

The workers and union members say the orders, in combination with a new VA accountability law signed by Trump last year, are creating chaos and hurting morale. A VA spokesman said the new rules are holding employees accountable for their performance — or lack thereof . . .

On July 20, the VA announced it had implemented one of the three orders orders Trump signed restricting union leaders from doing union business on official time, funded by taxpayers. The VA said the changes are freeing up employees to spend more serving for veterans rather than ‘union bosses.’

Union leaders say they are serving their members and the agency at large with the union work they do on official time — by performing human resources-related functions such as contract disputes, leave requests and filing grievances.

In June 2017, Trump signed the Department of Veterans Affairs Accountability and Whistleblower Protection Act into law, changing the process by which the VA reviews employee performance deficiencies as well as the time frames within which the agency must address them.

The department, which serves the nation’s roughly 20 million veterans, had been under pressure to shorten the wait times in claims processing and at its medical centers.

Although Trump promotes the firings made possible under the law, VA employees — speaking in their capacity as union leaders — said they have hurt morale throughout the agency.

Anthony Gallagher, the president of the San Diego chapter of the union, reviews disability claims at the Veterans Benefits Administration. He serves about 625 VA workers.

Gallagher described an agency at war with its own employees. He said that since the accountability law was passed, he’s been in a constant battle to protect his members.

‘They’re taking away our rights for due process that are in our (union) contract,’ he said. ‘Basically, the (law) has turned us into at-will employees.’

Another benefits rating specialist, Jim Rihel, serves as the AFGE president in Philadelphia. He said it is as though the VA is determined to fire as many employees as possible.

‘We’re spending more time worrying about our jobs than doing them,’ he said.

The VA employs more than 300,000 people. According to the latest numbers from the VA, as of the end of June, 2,743 employees have been fired since Trump took office.

David Cox Sr., the national president of the 700,000-member American Federation of Government Employees, said the firings are harming veterans — and not improving the agency.

‘I don’t know any business that has fired its way to success,’ he said.

Of the fired employees, 60 held supervisory job titles, including former department secretary David Shulkin, who was fired in March.

The agency’s press secretary, Curt Cashour, said restructuring under the new law has resulted in improved performance in the benefit administration.

‘When it comes to compensation and pension rating claims, VA has reduced the average completion time from 113 days to 99 days,’ he said in an email.

Lee Blackmon, the federal director of the National Association of Government Employees — another federal workers union — said the firings were affecting morale and patient care.

‘Employees are under stress, tension increases (and) call-outs go up,’ she said. ‘It’s not a happy or good place to work right now. If you feel threatened, what kind of care can you give?'”

For the rest of the story, visit the San Diego Union Tribune here.