Building and Rebuilding Solidarity – LAOCBCTC is in the Driver’s Seat

Building and Rebuilding Solidarity – LAOCBCTC is in the Driver’s Seat 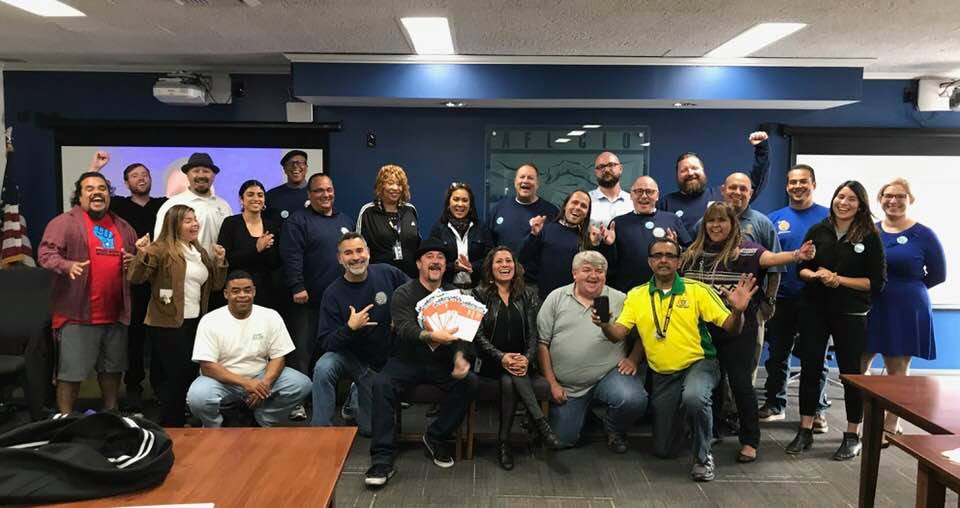 Some organizations would be happy to bring on 1,000 members in a year.

The Los Angeles/Orange Counties Building and Construction Trades Council (LAOCTC) pulled off the feat in 10 days, getting 1,000 men and women across the Los Angeles area to commit or recommit to union membership. The effort was part of a campaign held in conjunction with IBEW Local 11 and the Los Angeles County Federation of Labor.

A major achievement? Certainly, but one that the was also relatively easy for the Council to pull off.

“It was just a matter of getting our members engaged and wanting to be a part of it,” said Chris Hannan, LAOCBCTC Council Representative for Los Angeles County.

The new and recommitted members spanned employees at Los Angeles Unified School District, the City and County of Los Angeles, Los Angeles Community College District and the Housing Authority for the City of Los Angeles. After attending an organizing training session at the LA Fed, stewards from the various craft unions returned to their work sites on a mission.

“They talked about the benefits of being in a union and about the reasons to stay strong in light of the Supreme Court’s Janus v. AFSCME decision,” Hannan said. “Existing members overwhelmingly recommitted and non-members signed up to be members, sometimes for the first time.”

Representatives from LAOCBCTC will be on the field Friday as part of the pre-game festivities for Union Night at Dodger Stadium. As momentous a night as it will be to recognize the organizing efforts of several of our city’s finest affiliates, the occasion will also be an opportunity for union brothers and sisters to share a great night at the ballpark.

“Events like this build solidarity,” Hannan said. “The labor movement is a brotherhood and a sisterhood. We’re not just a workplace. We’re a family, 365 days a year.”