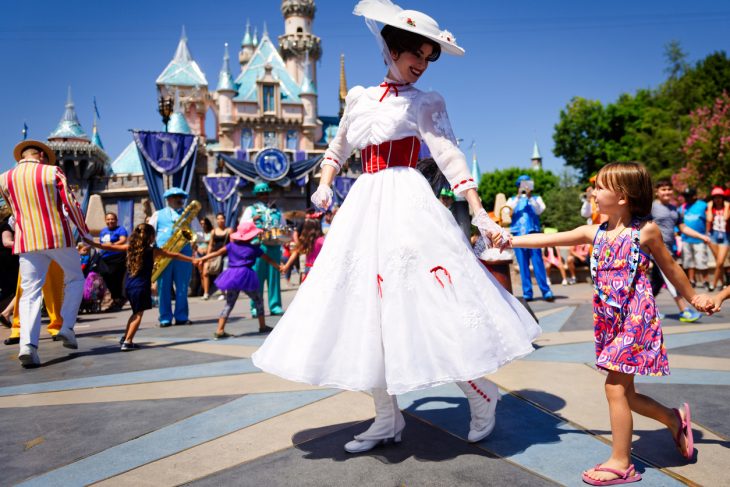 Disney workers are fed up with homelessness and food insecurity due to low pay by their mega-gazillion dollar employer.

“We feel like there’s always somebody else that will fill our spot,” Disneyland cast member Gabriel Sarracino told SFGATE, “and we’re just there.”

Sarracino has worked at the Disneyland Hotel for 15 years as a valet, parking cars and assisting guests with their luggage. For all of those 15 years, he’s earned minimum wage from Disney and supplemented his income with tips. But a recent decision from leadership that prevents valets from handling luggage has cut substantially into his earnings.

He’s now one of the 25,000 cast members, as Disneyland calls its employees, who are participating in the class action lawsuit against Disneyland that alleges the company is legally obligated to pay a living wage.

‘I couldn’t make it on minimum wage, which is how much they pay me,” Sarracino explained. “If they are going to make changes where I have less opportunity for tips, then that’s half my income [gone].”

‘I hope to someday buy a house,’ he added. ‘That extra money — I should be able to invest in my community and help my children have an edge.’

Sarracino considers himself fortunate that his wife and two young children are getting by in affordable housing, but not every cast member at Disneyland can claim the same.

In fact, according to a survey of 5,000 cast members, many are experiencing difficult living conditions because of low pay. “Working for the Mouse,” a study by Occidental College and the Economic Roundtable published in February 2018, found that 11% of Disneyland employees reported experiencing homelessness in the previous two years, 68% were food insecure and 73% said they do not earn enough for basic living expenses. While many employees said they would like to take on second jobs, Disneyland often schedules most workers different hours every week, preventing them from doing so.”

For the rest of the story, visit the San Francisco Gate here.