30 Years Ago, GM’s Roger Smith Gave This Christmas Message As Laid Off Workers Were Being Evicted

30 Years Ago, GM’s Roger Smith Gave This Christmas Message As Laid Off Workers Were Being Evicted 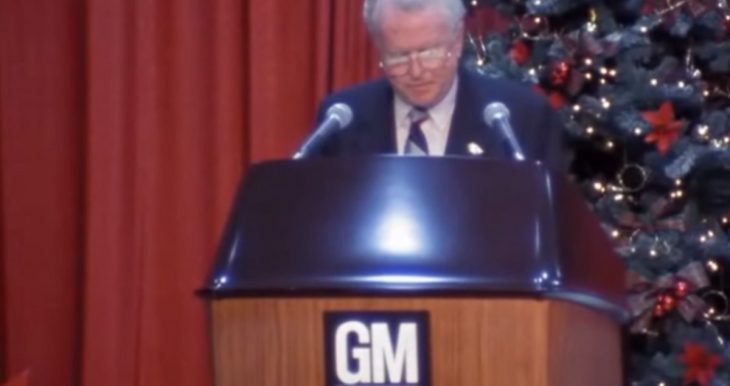 Want to see something eerily relevant today? Watch the video below of former GM CEO Roger Smith giving a Christmas speech as laid off GM workers are tossed out into the street.

The scene from Michael Moore’s documentary Roger & Me is not the stuff of history. Many workers face a similar struggle today, like the 14,000 GM workers who received notice this holiday season that they will be laid off. And all this after GM has received billions in bailout money from American taxpayers.