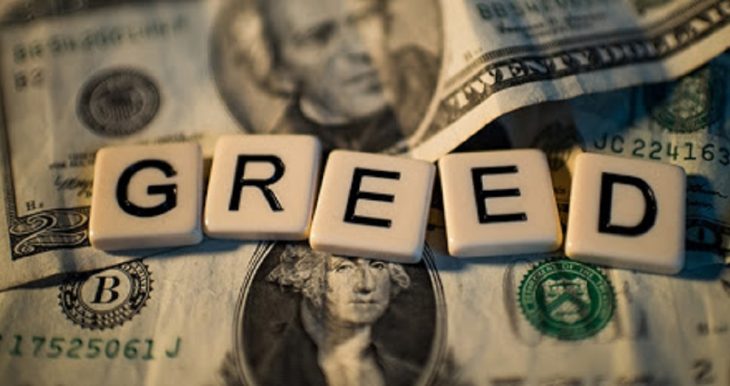 A new study reveals just how obscene the greed is at America’s largest employers of low wage workers.

“Half of the 100 largest U.S. employers of low-wage workers adjusted their CEO pay packages last year, sweetening rewards for chief executives during the pandemic while cutting pay for average workers.

The study, from the Institute for Policy Studies, found that CEO pay at 51 of 100 companies whose compensation practices were examined by the left-leaning think tank rose an average of 29% last year. Meanwhile, many of those same companies reduced or furloughed its workers. As a result, the average worker’s paycheck for 2020 fell 2% at those companies.

‘The most common justification for pumping up CEO pay during the pandemic was that it was critical to “retain talent,”‘ said Sarah Anderson, lead author of the IPS chief executive pay study. ‘The notion that one individual almost single-handedly creates corporate value, and so he should be paid whatever it takes to keep him from abandoning ship, has always been absurd. But in the middle of a pandemic crisis, when frontline employees are demonstrating just how essential they are to our economy and health, it’s even more preposterous.’

The IPS study echoes earlier reports, including an article last month by CBS MoneyWatch, showing that many large companies relaxed their pre-pandemic executive performance goals last year in order to boost corporate leaders’ pay, when the financial results alone did not justify it.

A separate Bloomberg report found that the compensation committees of more than 300 companies in the S&P 500-stock index changed their executive compensation metrics last year. That enabled the executives as a whole to reap hundreds of millions of dollars in bonuses that would have been wiped out without those adjustments, according to the news service.

The IPS study attributes the rise in CEO pay to what it calls a ‘rigged’ system that rewards top executives even when companies perform poorly, as many did last year during the pandemic.”