55 Corporations, Including Fed Ex And Nike, Paid No Taxes, Despite Billions In Profits 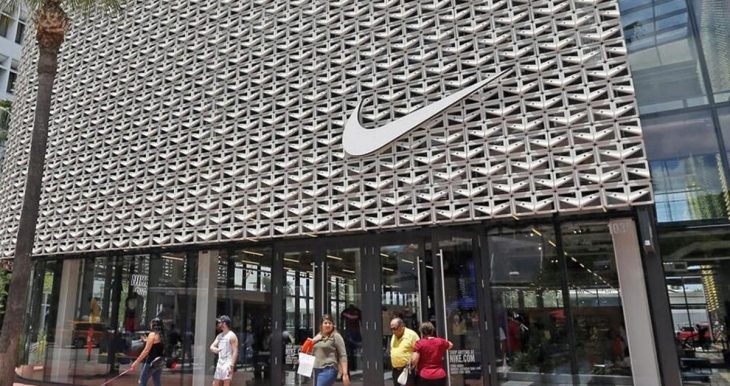 While the average American pays thousands a year in income taxes, many very profitable corporations like Nike and Fed Ex will pay nothing. In fact, their tax rates are not only not positive, they are negative over a three year period.

“Just as the Biden administration is pushing to raise taxes on corporations, a new study finds that at least 55 of America’s largest paid no taxes last year on billions of dollars in profits.

The sweeping tax bill passed in 2017 by a Republican Congress and signed into law by President Donald J. Trump reduced the corporate tax rate to 21 percent from 35 percent. But dozens of Fortune 500 companies were able to further shrink their tax bill — sometimes to zero — thanks to a range of legal deductions and exemptions that have become staples of the tax code, according to the analysis.

Salesforce, Archer-Daniels-Midland and Consolidated Edison were among those named in the report, which was done by the Institute on Taxation and Economic Policy, a left-leaning research group in Washington.

Twenty-six of the companies listed, including FedEx, Duke Energy and Nike, were able to avoid paying any federal income tax for the last three years even though they reported a combined income of $77 billion. Many also received millions of dollars in tax rebates. 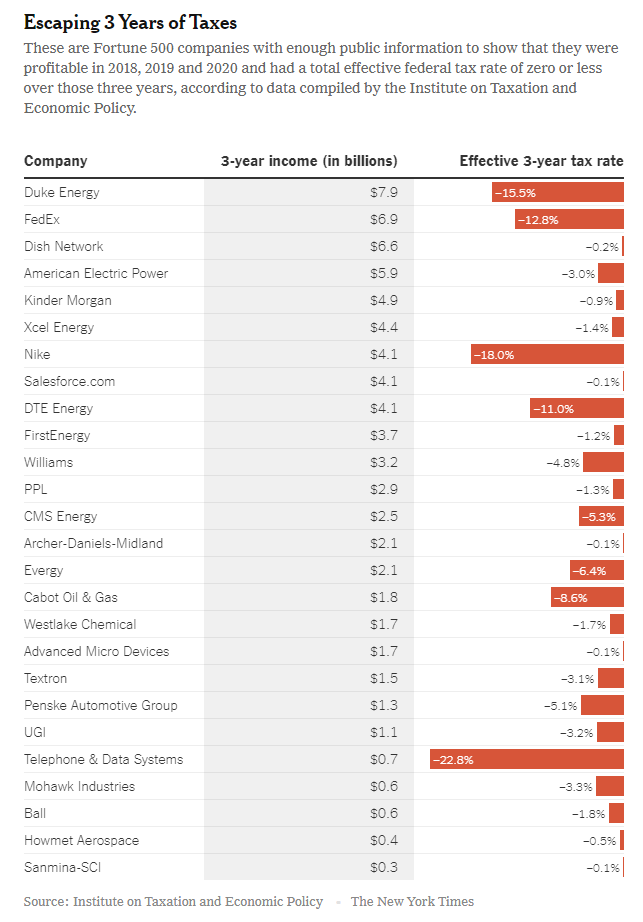 Companies’ tax returns are private, but publicly traded corporations are required to file financial reports that include federal income tax expense. The institute used that data along with other information supplied by each company on its pretax income.”