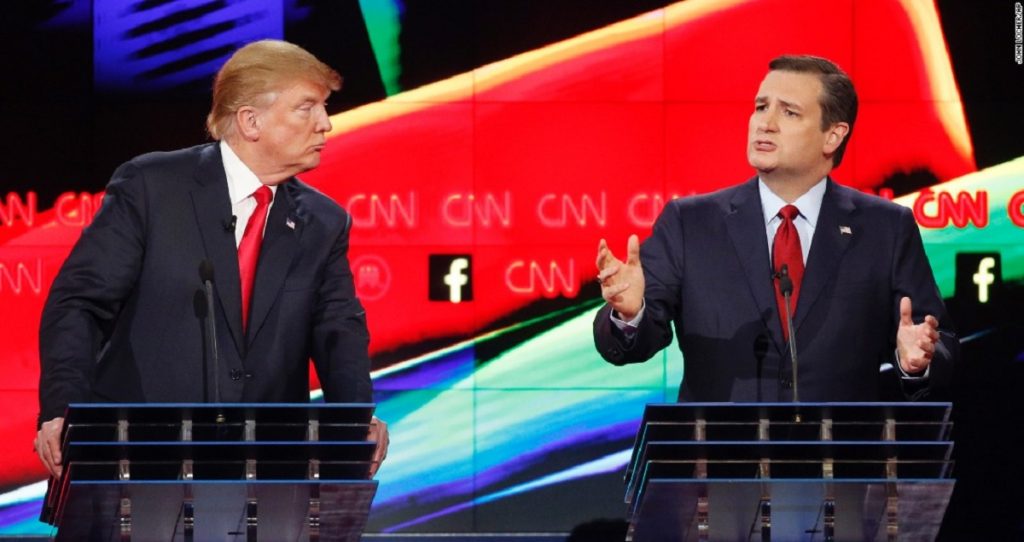 The GOP presidential debates are nothing if not entertaining (in a frightening sort of way). And Twitter lit up yesterday with reactions and cringes to the candidates answers. Here are some of the best ones:

Oh good. I wondered who would step up & keep us safe from those heinous orphans under the age of 5. #GOPDebate

POLICY CONTRASTS: Trump: “I’m gonna bomb the shit out of ’em!” Bush: “I’d bomb the, uh, you-know-what out of them”

I really wouldn’t be surprised if this debate didn’t end with a bacon eating contest to see who’s the most anti-Muslim. #GOPDebate

just answer the question dr carson: were you or were you not banned from lens crafters for trying on too many frames?

‘Are you too soft to kill thousands of innocent children?” is a serious #GOPDebate question?!?! Wtf is happening right now?!

Fiorina: “I will defeat ISIS by becoming its CEO and mismanaging it into insolvency”

@pete_schultz haha. That’s great. They need to mix in a buzzer occasionally to throw people off