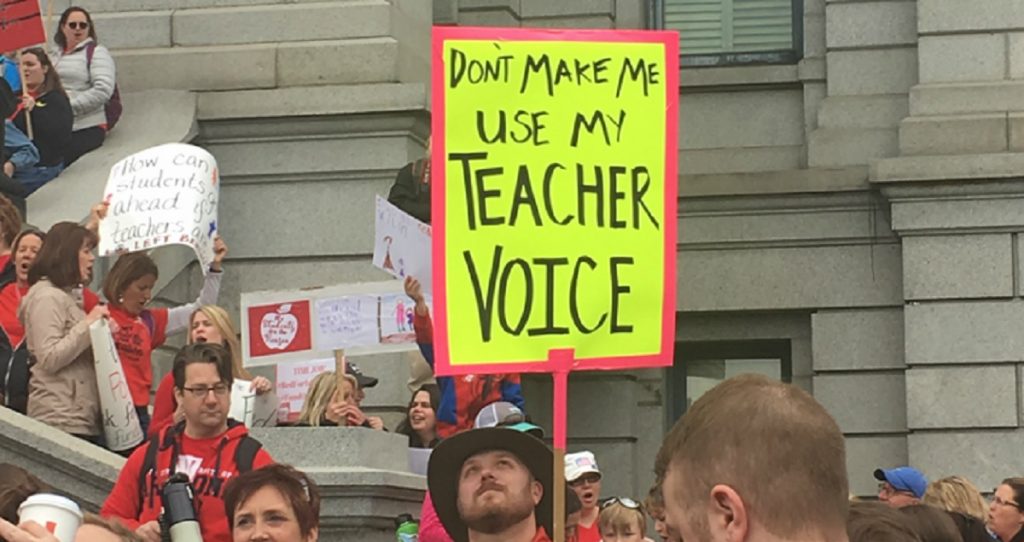 A federal tax credit might be the answer for teachers who work in states that refuse to pay them well.

“The Center for American Progress has an answer: Create a new tax credit that would bolster educators’ salaries by up to $10,000 a year.

It’s no secret that many teachers aren’t happy with their salaries. There have been walkouts or protests in at least a half-dozen states—Arizona, Colorado, Kentucky, North Carolina, Oklahoma, and West Virginia. Between 2010 and 2016, teacher salaries in 39 states are down when controlled for the cost of living, according to the report by CAP, a progressive think tank in Washington.

That makes it harder to recruit educators and boost teacher diversity, which has big implications for student achievement, CAP found. What’s more, urban school districts can spend more than $20,000 to replace a single teacher, according to the Learning Policy Institute.

Teacher pay is an especially big problem in schools that serve poor children. In the 2015-16 school year, the average teacher salary at high-poverty schools was $4,000 lower than at more affluent schools, according to the report . . .

[The credit] would be targeted towards teachers who work in high-poverty schools, and it could mean up to a $190 raise per week for teachers. It would be linked to the percentage of students in a school that qualify for free or reduced-price lunch, and would phase out as that percentage decreases.

Here’s a chart that explains the proposal’s details:

This investment at the federal level should be complemented by state and local efforts to boost teacher pay, CAP recommends. The tax credit should be an extra, not a replacement for those local funds. Increased public reporting around teacher salaries would help ensure that students in high-poverty schools are getting their fair share of high-quality teachers.

And CAP suggests that, if the proposal becomes a reality, states should use their Every Student Succeeds Act plans to think through how they’ll use it to ensure an equitable distribution of teachers.

There’s precedent for an approach like this, CAP says. The federal government currently spends about $15 billion a year to help train doctors.”

For the rest of the story, visit Ed Week here.