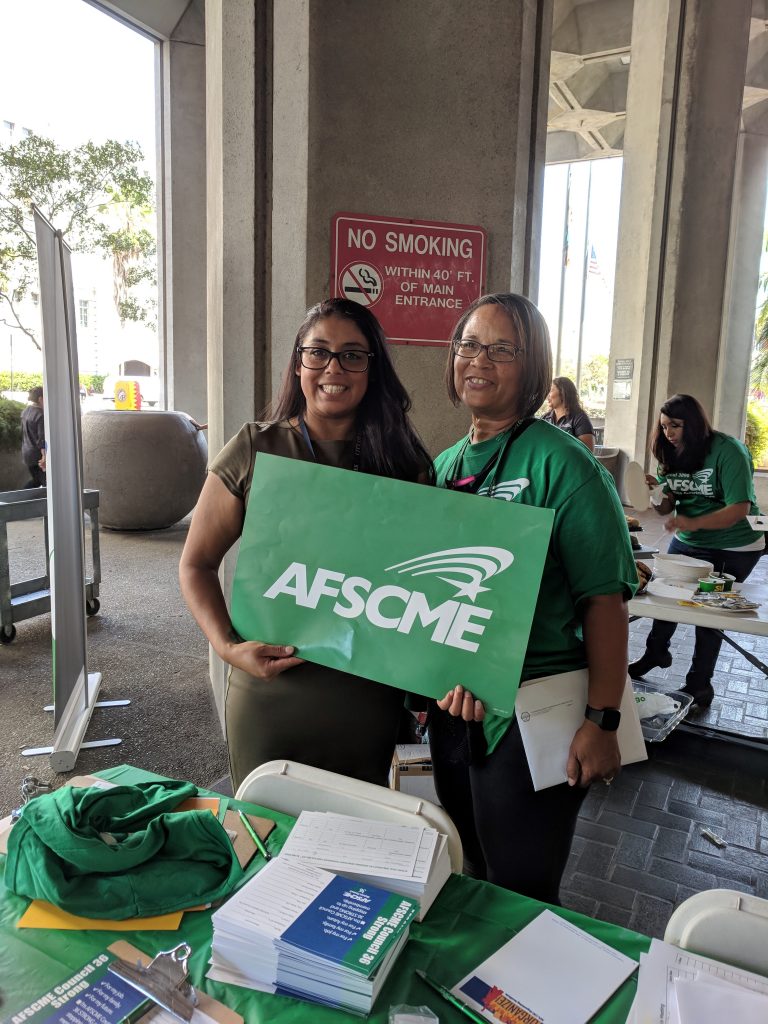 August 31 is the Second Annual Union Night at Dodger Stadium. Attendees who buy tickets receive a special limited-edition Union Night T-shirt and those who buy groups of 50 tickets or more will be recognized during pregame festivities. For tickets, click here.

Before the game, the Los Angeles County Federation of Labor will recognize seven affiliates for their organizing achievements. In celebration of Union Night and with Labor Day coming up on Monday, Sept. 5, Labor 411 is giving a shout-out to these featured affiliates.

AFSCME 3090 makes the City of Los Angeles run. 3090 represents approximately 5,000 Los Angeles City Clerical and Support Services employees across the Southland. Members work in at locations ranging from the Los Angeles Zoo and the Department of Transportation to 911 Dispatch Operators and the City Attorney’s Office.

Leading up to and following the ruling in the Janus v AFSMCE decision, 3090 went into high gear organizing members. Leadership focused on both signing up fee payers and getting current members to resign cards to ensure the correct information was on file. Over the summer, 3090 leadership participated in a three-day organizing training and a 10-day organizing drive coordinated by the Los Angeles County Federation of Labor. During an “Organizing Blitz” in August, 3090 signed up or recommitted more than 400 members!

“I think it was the team,” said AFSCME 3090 President Carmen Hayes-Walker. “They worked really well together.”

Hayes-Walker was especially encouraged by the union’s success in reaching new, younger members who can beat the drum of the Local for years to come.

“I had an enthusiastic new member, she is so excited,” Hayes-Walker said. “She’s soaking up everything.”

The 3090 President stressed the importance of getting their records in order as well as reaching out to current and prospective members to explain the importance of the union and the fact that 3090 fights for fair contracts with good pay, benefits and workplace protections. The Local is currently in negotiations on a new contract with the City of Los Angeles as part of the Coalition of LA City Unions.

“Our strength is in our numbers,” Hayes-Walker said. 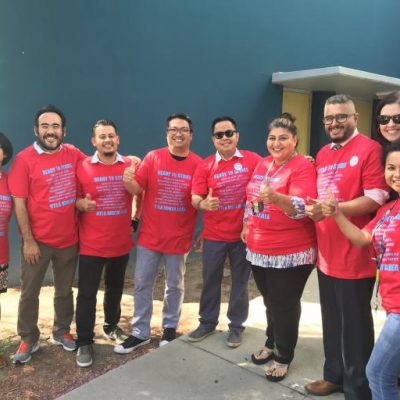