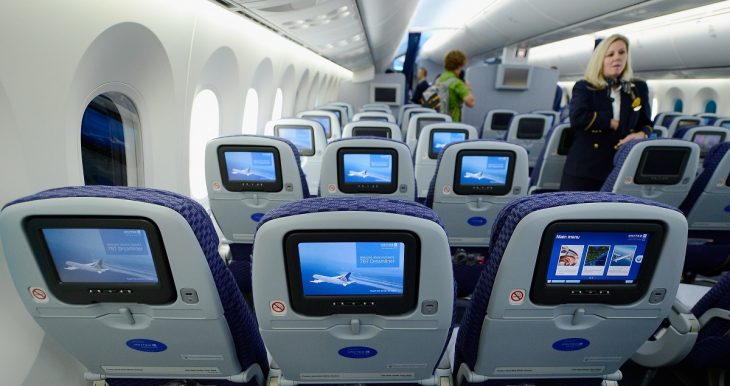 Catering workers for United Airlines are livid after the company, which received billions in COVID relief aid, announced possible layoffs.

“Roughly 2,000 United Airlines food service workers are worried they might be laid off before the end of the year, despite the airline receiving billions in Covid relief funds and agreeing to pay millions in bonuses to its top executives.

An estimated 900 United catering workers and their supporters staged protests against the airline on Wednesday.

The demonstrations outside airports in Denver, Houston, Honolulu and Newark, New Jersey, came nearly three months after United’s vice president of customer strategy and innovation, Mandeep Grewal, sent a letter to the catering staff informing them that the airline was ‘exploring the option of having a third-party come in and run our current in-house kitchen operations.’

The letter, which has been provided to CNN Business by the union UNITE HERE, said United would likely be evaluating potential vendors for “several months” until the third quarter of 2021.

‘I know this may cause concern for those who have roles within our kitchens and menu design teams and I want to assure you that the wellness of our employees and the impact to our customers will all be taken into consideration,” Grewal wrote. “We will consider a variety of providers, including those that we work with today,’ she added.

Leaders of UNITE HERE — the North American airport and hospitality workers union that has represented United’s catering staffers since 2019 — reached out to members of Congress after the letter was received.

US Congresswomen Sylvia R. Garcia and Eleanor Holmes Norton sent a letter to United CEO Scott Kirby on Wednesday criticizing the company for taking federal money to pay employees during the worst of the pandemic only to consider laying them off a year later. Congress has given United $7.7 billion in Covid relief since the pandemic began, according to the airline’s SEC filings.

‘For United to plan to outsource thousands of jobs when the industry is already projecting financial recovery is acting in bad faith,’ the lawmakers wrote in the letter, which was provided by UNITE HERE.”