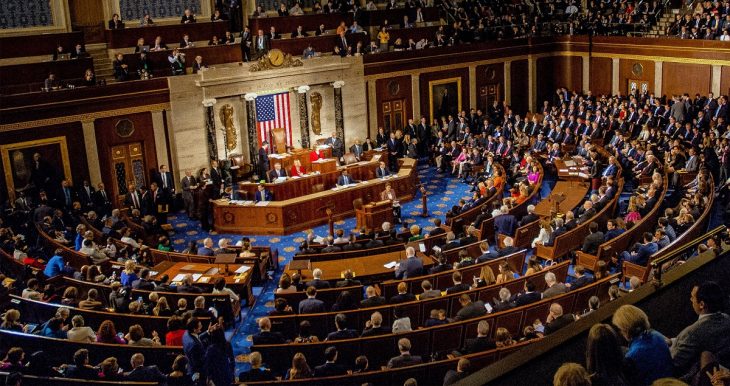 Do Republicans like a living wage for workers? Apparently not, given a recent committee vote in the House of Representatives.

“A bill to raise the federal minimum wage from $7.25 to $15 an hour has cleared a legislative hurdle that sets it up for a vote by the House of Representatives in the coming weeks.

This move in Congress is a sign of broader political momentum for the minimum wage issue, long embraced by progressives who were key to the Democrats taking control of the House. The matter is poised to play prominently in the 2020 presidential campaign.

The bill also now has the support of Amazon, which last year committed to paying all of its workers at least $15 and to lobby Congress for a higher federal minimum.

The House Committee on Education and Labor on Wednesday voted 28-20 along party lines in favor of the bill. It would raise the federal hourly minimum to $15 by 2024 and also phase out the so-called ‘subminimum’ wages for tipped workers, young workers and workers with disabilities.

‘After nearly 10 years with no increase in the federal minimum wage, minimum-wage workers have suffered a 17 percent pay cut due to inflation,’ said Chairman Bobby Scott, D-Va., who had introduced the Raise the Wage Act. ‘The result is that there is no place in America where a full-time worker who is paid the current federal minimum wage can afford a modest two-bedroom apartment.’

But Rep. Virginia Foxx, R-N.C., said the bill would result in ‘significant job losses for hourly workers around the country’ and would ‘hammer’ small businesses by increasing the cost of labor. She called the legislation ‘blatantly socialist’ and said it was ‘at best a foolish policy proposal. At worst, it’s an intentionally dishonest political stunt.’

Sen. Bernie Sanders, an independent who caucuses with the Democrats, had championed the $15 minimum wage for years and campaigned on it during his 2016 presidential bid — which he’s likely to do again in 2020. But this year, his Senate version of the Raise the Wage Act now has the support of many Democratic lawmakers who are running for president.

More than 190 Democrats have signed onto Scott’s bill in the House, which the party controls. House Majority Leader Steny Hoyer’s office said he will bring the Raise the Wage Act to the House floor for a vote in the coming weeks.”