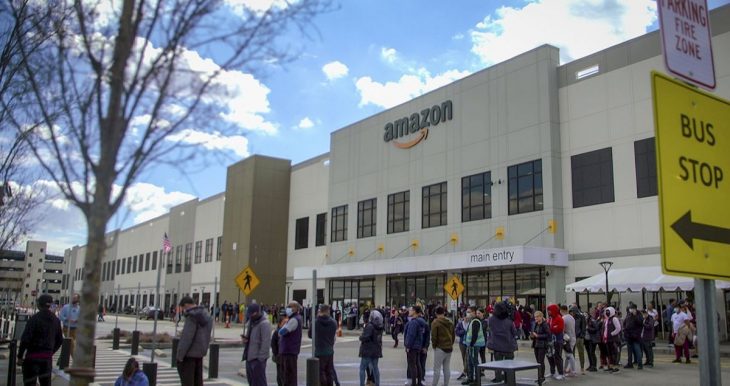 To the surprise of no one, Amazon is once again being accused of retaliating against pro-union workers.

“Amazon has fired two employees tied to an organizing campaign that resulted in the company’s first unionized warehouse in the U.S.

Mat Cusick and Tristan Dutchin told CNBC they were fired by Amazon in recent days. Both Cusick and Dutchin have been working with the Amazon Labor Union, an upstart group led by current and former company employees, to organize workers at the e-commerce giant’s warehouses on New York’s Staten Island.

The ALU notched a historic win last month, when workers at Amazon’s largest warehouse in New York City, known as JFK8, voted to join the union. The ALU hoped to replicate its success at a smaller facility nearby, called LDJ5, but the site rejected unionization last week. Still, the victory at JFK8 has spurred organizing efforts at other Amazon warehouses, and the ALU has received high-profile recognition, most notably from President Joe Biden.

Dutchin, who worked as a package picker at JFK8 for almost a year, said he was fired on Saturday after he wrapped up his shift. Amazon told him he had failed to meet the company’s productivity goals, which require employees to pick hundreds of packages per hour.

Dutchin said he’d received previous warnings from Amazon about his performance, but had since received additional training. Dutchin said his manager even congratulated him recently on his improved performance.

Cusick, who serves as ALU’s communications director, said he was fired last week after going on “Covid care leave,” which allows employees to care for family members sick with Covid-19.”