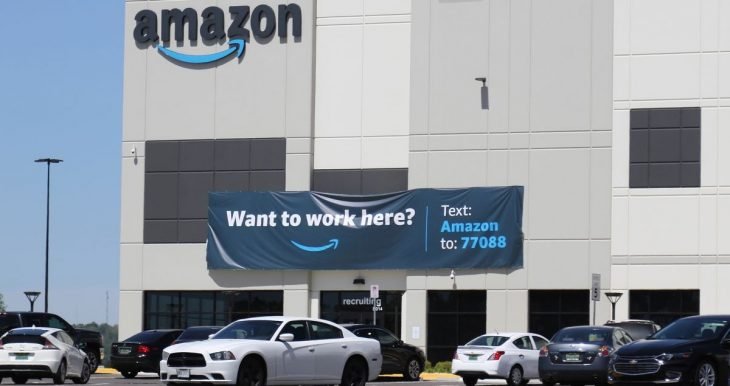 An Amazon warehouse in Bessemer, Alabama is engaged in an organizing campaign that could profoundly impact the labor landscape in years to come. The  mail ballot election involving over 5,000 workers at the warehouse is currently in progress there until late March.

Rather than wait to implement a program known as “Pay to Quit,” which is an annual employee buy-out program, Amazon instead is choosing to run the program in the middle of the union election.

“An annual program in which Amazon offers to pay workers at least $1,000 to quit their jobs could threaten a unionization drive in Bessemer, Alabama.

On Sunday, there were concerns on Twitter that the drive was specifically targeted at the Bessemer warehouse, but Amazon runs this program nationally and has for several years. This year’s program, and internal documentation spelling it out, was first reported by labor reporter Kim Kelly. ‘We love that you’re part of the team. But if you have goals outside of Amazon, we want to support you,’ a handout obtained by Kelly says. “That’s why we have a voluntary resignation program called “The Offer” — an exit bonus starting at $1,000, based on how many Peaks you’ve worked.’

Regardless of its national scope, if workers in Bessemer who are supportive of the union take it, the drive there could be threatened.

“‘I researched and found out they do it at a lot of facilities and what not. But it was a good time to do it now in Bessemer. That could hurt the votes,’ Michael Foster, one of the leaders of Bessemer’s union drive, told Motherboard. ‘If they quit the vote won’t count. To me it’s just to prevent the people from getting the union in. They need to thin out some people. It’s kind of a polite way to do it.'”

John Burgett, an Amazon warehouse worker in Indiana said this about the buyout program:

“It appears that Amazon accomplishes two goals with ‘The Offer.’ It removes inveterate employees whom the company might consider a liability and an unnecessary expense so it can replace them with fresh new-hires at starting wage with no tenure regarding benefits. It saves the company money in stock payouts, 401k payouts, regular and overtime pay, vacation pay, VCP payments, other [sic] benefits. In this way, ‘The Offer’ payout is quickly recovered, and what remains is all savings to the company.”