Amazon’s 1st Quarter Report Reveals 44% Sales Increase During Pandemic. Where Is The Trickle Down To Workers? 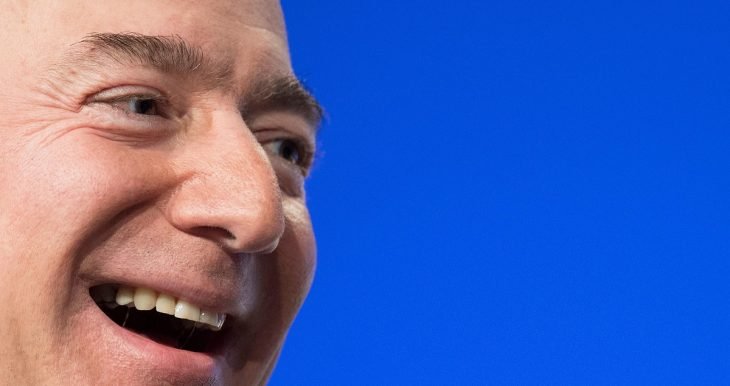 Amazon revealed its first quarter numbers this week. And they were eye-opening to say the least.

CNBC reports on the company’s performance:

Here’s how the e-commerce giant fared, relative to analyst estimates compiled by Refinitiv:

Few companies have benefited from the pandemic-fueled surge of online shopping as much as Amazon. Its first-quarter results showed the company’s business continues to be buoyed by the pandemic, with sales soaring 44% year over year to $108.5 billion.

Amazon’s guidance for the second quarter implies that it expects the momentum to continue . . .

The company expects to post revenue between $110 billion and $116 billion, surpassing Wall Street’s projection of $108.6 billion.”

Okay, so Amazon is a money-making machine. Record sales. Record profits. A market valuation that has almost doubled from $975 billion to $1.75 trillion since the pandemic began.

Yet, despite all this insane money going to the company and its executives and investors, very little is getting to the workers. You know, the people actually doing the work to ship all those packages that are the foundation of the company’s profit scheme.

Where is the trickle down?

Many complain of an awful, some would say nonexistent, paid sick leave policy.

Why are warehouse workers paid $15 an hour? Why not $30? $40? $50an hour? The company is flush with money because of the workers. Why is the money that they generate going to a select few people only?

Imagine how much better the U.S. economy would be if workers like those in Amazon warehouses had substantially larger paychecks. It would be a spending frenzy. They could better support their local businesses. They could buy houses, new cars, begin to fund their retirement, and so on.

Instead, the money goes to the richest of the rich, probably ending up somewhere off-shore, never to be spent in the U.S.

The pandemic has taught us all a lesson: the money isn’t trickling down, no matter how much richer the rich and their corporations become. Instead, workers need help to grab their fair share. And that help apparently will only come from unionizing.