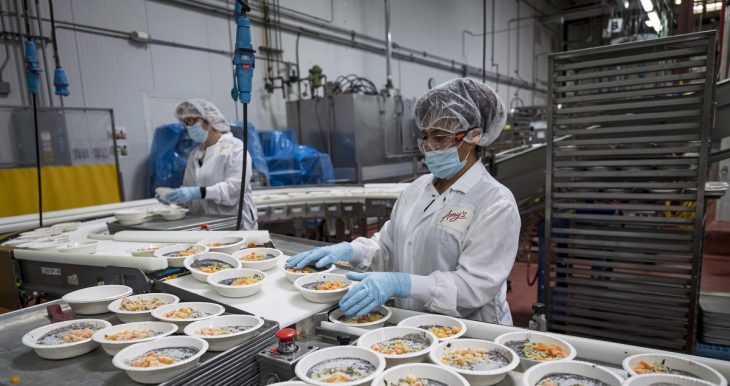 Starbucks and Chipotle made the news recently as they shuttered locations that were union or unionizing.

Now organic frozen food giant, Amy’s, has joined the union-busting wave by firing over 300 workers and shutting down a plant with significant union activity.

“In what can be considered the ultimate in union-busting, Amy’s Kitchen sent plant-closing letters to all 300-plus workers at its San Jose, Calif., plant on July 18, a month after Unite HERE filed labor law-breaking complaints against the organic frozen foods company for firing two pro-union workers campaigning to organize there.

The letters, from acting Chief Operating Officer Fred Scargulla, said the last day the workers would get paid would be September 16 and the last day of medical benefits would be two weeks later for workers whose employment began before May 19. For those hired since May 19, the paychecks and benefits would end one month earlier.

But both groups of workers—in other words, everyone at the plant—were ‘relieved of your duties on July 19,’ Scargulla said.”

For more on this development, check out the People’s World here.