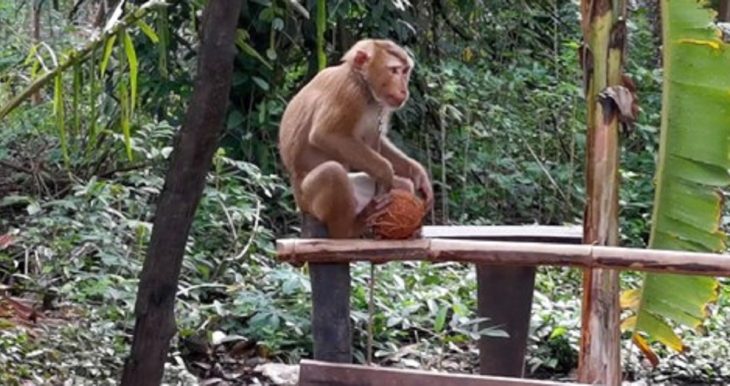 Target has joined Costco, Walgreens, and other chains in dropping a line of products because of forced monkey labor allegations.

The items are coconut products produced by the Chaokoh company, which is based in Thailand.

“PETA alleged last year that its investigators found young monkeys were chained and trained to pick coconuts at multiple farms in the South Asian country, including farms used to produce Chaokoh coconut milk and water. Investigators found conditions unchanged more than a year later on subsequent visits, PETA said in an update earlier this month, in which it announced that Target had dropped the brand.

‘The terrified young monkeys are forced to perform frustrating and difficult tasks, such as twisting heavy coconuts until they fall off the trees from a great height,’ PETA alleged on its website. ‘An investigator learned that if monkeys try to defend themselves, their canine teeth may be pulled.'”