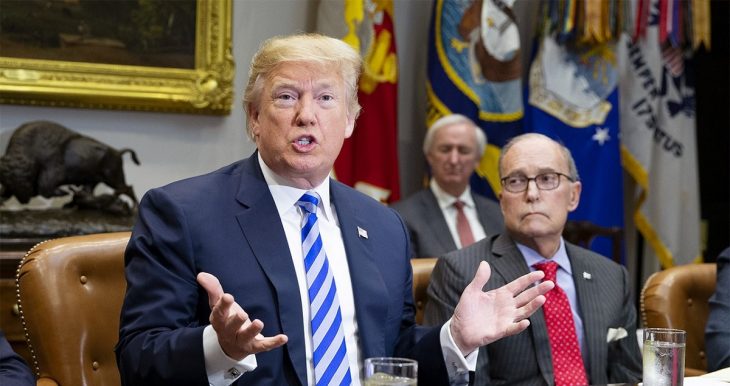 A payroll tax cut could be coming soon to workers, though the White House officially denies it.

“Several senior White House officials have begun discussing whether to push for a temporary payroll tax cut as a way to arrest an economic slowdown, three people familiar with the discussions said, revealing growing concerns about the economy among President Trump’s top economic aides.

The talks are still in their early stages and have included a range of other tax breaks. The officials also have not decided whether to formally push Congress to approve any of these measures, these people said, speaking on the condition of anonymity because they were not authorized to disclose internal discussions. But the White House increasingly is discussing ideas to boost a slowing economy, they said.

Even though deliberations about the payroll tax cut were held Monday, the White House released a statement disputing that the idea was actively under “consideration.”

‘As [National Economic Council Director Larry Kudlow] said yesterday, more tax cuts for the American people are certainly on the table, but cutting payroll taxes is not something under consideration at this time,’ the statement said.

The statement and the internal discussions over the payroll tax cut are part of a rapidly evolving effort by the White House to exude confidence about the economy’s strength while simultaneously hunting for ways to bolster business and consumer confidence. Business spending already has pulled back, in part because of fears about the trade war, but consumer spending has remained robust. If Americans begin to tighten their belts later this year, the economy could suffer new strain.”