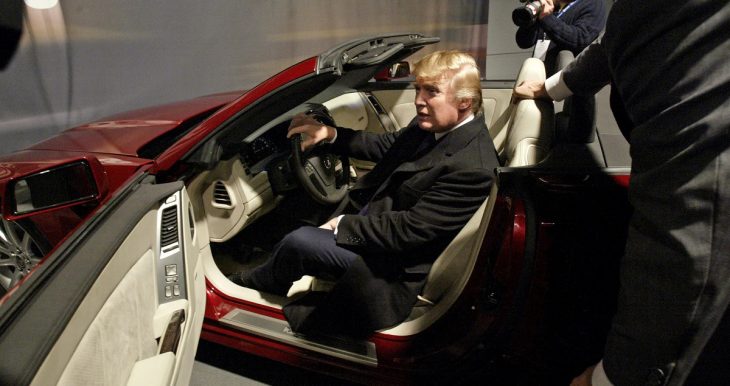 “In a new escalation of the trade war with China, the President has proposed new tax incentives to get U.S. manufacturers, notably including automakers like General Motors, to bring back jobs.

‘We will create tax credits for companies that bring jobs from China back to America,’ he announced in a speech last week. ‘We built the greatest economy in the history of the world and now I have to do it again.’

While Trump has repeatedly said that trade wars are “easy to win,” he has so far failed to get the Chinese to yield after nearly three years and is now trying to reach out directly to American businesses.

Asked about the possibility of shifting production back, GM said in an e-mailed statement that won’t happen.

‘Our operations (in China) are joint ventures with local companies that overwhelmingly produce vehicles for the domestic Chinese market,’ the company said in a statement. ‘We do repatriate the equity income we earn in China back to the United States, where it is subject to tax.’

Other U.S. automakers have been expanding investments in China hoping to maintain or expand business in the world’s largest car market – an increasingly difficult challenge as that country’s own domestic manufacturers grow.

Tesla opened its first foreign plant – and only its second assembly line anywhere – late last year in China. With the Beijing government pushing for a shift to electric vehicles to address the country’s endemic air pollution, Tesla expects that market to become one of its most important going forward.

Industry analysts say President Donald Trump’s trade policies to date have backfired, sending auto jobs to China instead of saving them for Americans.

Tit-for-tat tariffs on American-made vehicles have made them increasingly non-competitive, forcing manufacturers like GM, Ford, BMW and Mercedes-Benz to turn to local Chinese sourcing. That reduces their exports to what is now the world’s largest automotive market, according to Joe Langley, the associate director of automotive research for IHS Markit.

‘Vehicles previously exported from (the U.S.) to China are now being relocated there,’ said Langley, during a meeting of the Detroit Automotive Press Association.

The auto industry has found itself caught in the middle of the trade war between the U.S. and China, hit early on by tariffs from both sides of the Pacific.”