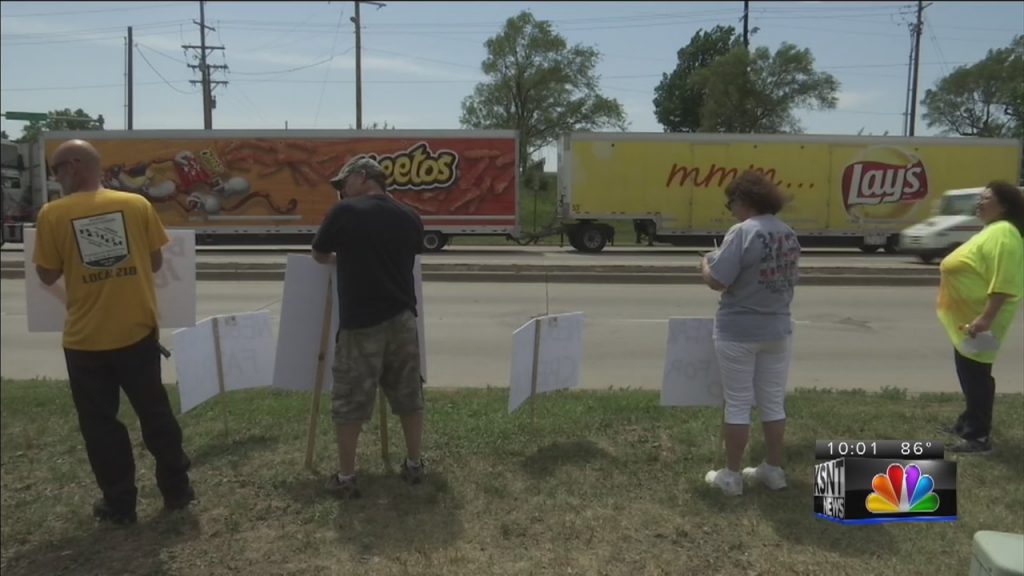 Before you start chowing down on that next bag of Lays or Doritos (or Baked Lays if you go for the lower calorie junk food option), throw a thought to the workers in Topeka, KS who are getting steamed over what the consider to be unfair treatment.

Members of the Bakery, Confectionery, Tobacco Workers and Grain Millers (BCTGM) Local 218 who work at the Topeka Frito-Lay plant have held some informational pickets in advance of contract negotiations. They’re angry over what they claim are stagnant wages and mandatory overtime.

According to an article in the Topeka Capital-Journal, the workers seem to be missing out on the 2 to 2.5% pay increase that would normally be built into a new contract.

BCTWGM represents about 700 union workers in the Topeka area. In 2015, the last time a contract was negotiated, the membership voices similar frustration over wages, but voted not to strike.

Frito-Lay is owned by PepsiCo whose CEO Indra Nooyi earned close to $30 million. The plant recently announced it will begin construction of a new 86,000 square foot high-tech warehouse at the Topeka plant, potentially creating up to 100 new construction jobs.