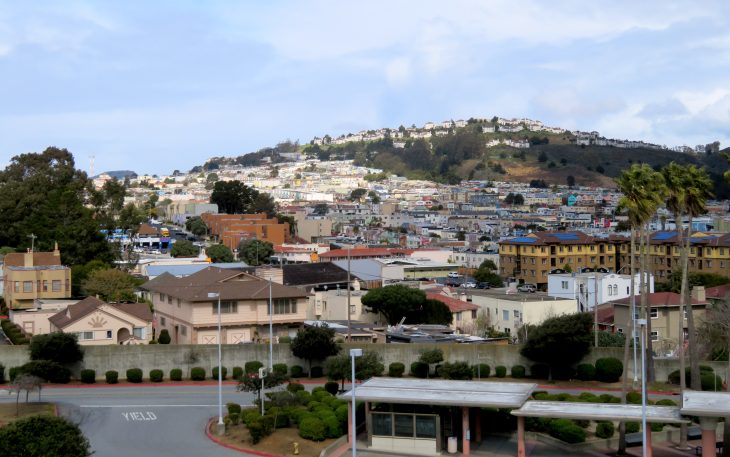 The City Council in Daly City voted recently to raise the minimum wage in the city to $15 an hour by January 2021. After a second vote January 14, San Mateo County’s most populous city will join San Mateo, Belmont, and Redwood City in passing a minimum wage ordinance that brings minimum wage earners up to $15 before the state of California’s goes to $15 in 2022.

A City staff report noted that the increase to $12.00 per hour on January 1, 2019 will only affect businesses with 25 employees or less, since the State of California’s legislation will already require larger employers with 26 employees or more to adhere to a $12.00 per hour minimum wage in 2019. The staff report concluded that increasing the minimum wage will affect 253 employees in the City organization, with some increased costs to the City. Daly City will also handle enforcement of the ordinance, raher than contract with the City of San Jose’s Office of Equality Assurance as other cities have done.

At the City Council’s October 8 study session, San Mateo Labor Council Community Services Director Rayna Lehman noted that 70 percent of Daly City’s 107,074 residents are in the labor force, but 10 percent of households earn below the federal poverty level of $25,000 annually for a family of four. Thirty percent of the households earn under $50,000 per year. “Given the average rent of $3,241 a month for a two-bedroom apartment, a family of four in Daly City needs to take home after taxes at least $38,900 a year just to cover rent,” Lehman said. “Fifteen dollars an hour is $31,200 a year before taxes and is not enough to pay the rent.” She noted that a family of four in San Mateo County needs to earn closer to $126,000 a year to be self-sufficient and healthy. “That is the equivalent of four $15 an hour jobs,” she said.

“With 48 percent of Daly City’s economy tied to traditionally lower paying service and retail jobs, many local workers will benefit from this modest boost in pay,” Lehman said. “Too many hard working families in Daly City face poverty and insecurity. You have an opportunity to improve the quality of life for the low wage workers you represent. Fifteen an hour is insufficient, but it is a start.”

At the November 26 meeting, San Mateo Labor Council Executive Secretary-Treasurer Julie Lind-Rupp said the Labor Council strongly supports the wage increase, but prefers that Daly City raise the minimum wage to $15 by 2020, then increase the wage based on the increase in the Consumer Price Index beginning in 2021. “We hope to see some amendments made, such as adjusting the wage increase to the CPI after it hits $15,” Lind-Rupp said. “We’d like to see employee notification language strengthened, making the posting of each wage change mandatory. Enforcement is crucial, as are the procedures for filing complaints and carrying out investigations of alleged noncompliance.”

Lind-Rupp noted that minimum wage earners are not just young workers in the fast food industry, that 20 percent have college degrees, 14 percent are single women, and 45 percent are parents.

“The increase in wages for your workforce will be funneled back into the local economy,” she said. “The additional money these folks will be making will not go to trips to Disneyland or for a kitchen remodel—it will allow them to potentially pay for medicine AND groceries instead of having to choose. It means new shoes for school rather than taping up old ones, or being able to turn on the heat for a bit when the weather gets cold, instead of just adding more blankets—luxuries that most of us take for granted.”

At the December 10 City Council meeting, Lehman urged the City Council to revise the schedule for increasing the minimum wage so it would go to $13.50 by July 2019 and $15 by January 2020. She said the Labor Council also wants to see stronger enforcement language and a provision for employers and unions with collective bargaining agreements to opt out if their contracts call for different wage increases.

Also speaking in support of the minimum wage increase were Jack Avery and Andrea Neymeyer of United Way of the Bay Area, and Labor Council President Melinda Dart.