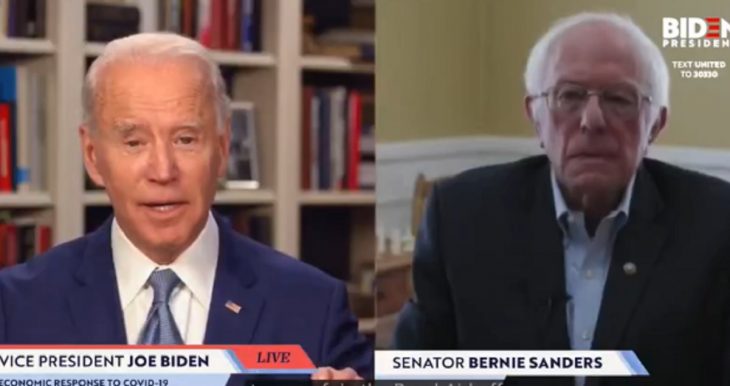 “Senator Bernie Sanders endorsed Joseph R. Biden Jr. as the Democratic nominee for president on Monday, adding the weight of his left-wing support to Mr. Biden’s candidacy and taking a major step toward bringing unity to the party’s effort to unseat President Trump in November.

In throwing his weight behind his former rival, Mr. Sanders is sending a striking and unmistakable signal that his supporters — who are known for their intense loyalty — should do so as well.

The two men appeared via live stream on split screens, talking to each other. ‘We need you in the White House,’ Mr. Sanders said to Mr. Biden. ‘And I will do all that I can to make that happen.'”