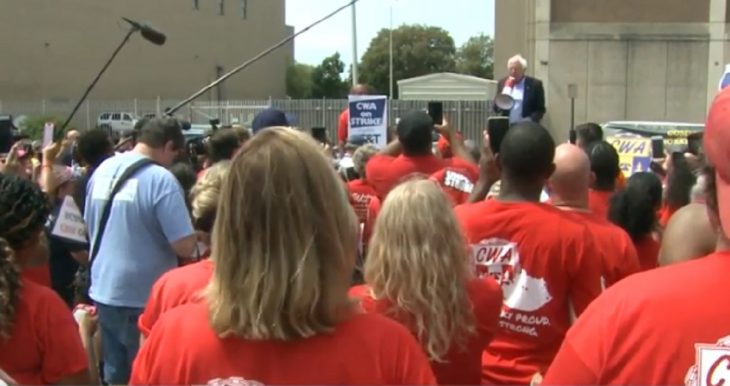 Bernie Sanders took time out of his busy campaign yesterday, as he usually does, to join workers on the picket line.

More than 20,000 AT&T Southeast workers across nine states, including Kentucky, went on strike Saturday over what they allege are unfair labor practices.

Communications Workers of America filed an unfair labor practice charge with the National Labor Relations Board against AT&T for not bargaining in good faith and not sending representatives to the bargaining table with the authority to make decisions.

Workers said Sanders’ team asked if he could stop by the picket line.

There are reportedly around 600 technicians and customer service representatives in Louisville who are now on strike.”

For the rest of the story, visit WKLY here.