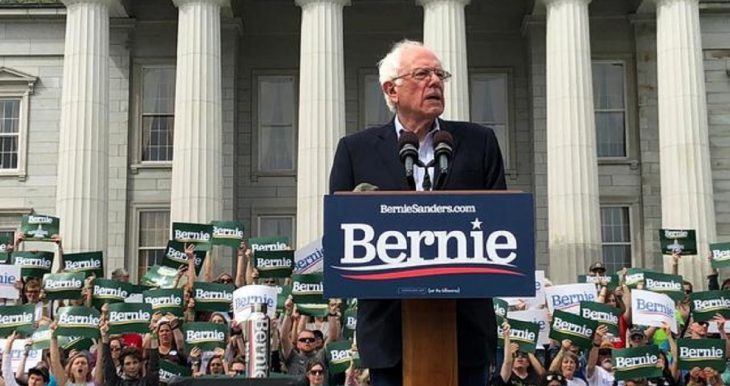 Presidential campaigns are traditionally about electing candidates to the highest office.

Bernie Sanders’ campaign, however, is anything but traditional.

It has become a force in itself, mobilizing people to rally for workers seeking fair pay.

“Bernie is taking labor solidarity to a new level by tapping into his campaign’s massive listservs to mobilize support for striking workers,” reports Vice News. It’s an extraordinary and possibly unprecedented move, according to labor historians and union organizers.”

“The Vermont senator’s presidential campaign sent geo-targeted emails Tuesday to supporters in or around 10 cities throughout the U.S. to support striking McDonald’s workers, according to the campaign,” Vice News notes. “Employees at the fast-food chain are staging one-day walkouts and other work actions to fight for a $15 minimum wage, union rights, and workplaces free of sexual harassment.”

One of Bernie’s email blasts reads, “Bernie Sanders is joining in solidarity with McDonald’s workers in Dallas, and you can do the same right here in Iowa. Showing up at a picket line for striking workers is an incredible act of solidarity to show that you support their fight for a better life.”

Bernie’s presidential campaign appears to be a reflection of Bernie’s philosophy: anytime you mobilize people, make it for social change and economic justice.