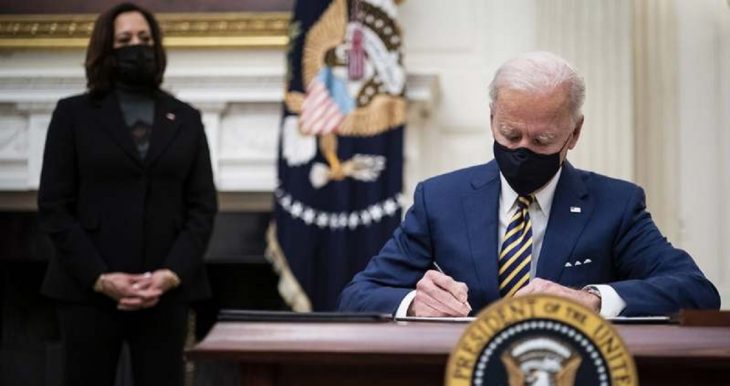 One of ex-President Donald Trump’s more notorious union-busting policies is no longer in effect, thanks to President Joe Biden.

“Bargaining unit employees at the Department of Defense will retain their right to union representation, after President Joe Biden signed an executive order Feb. 24 revoking previous policy that would have allowed the secretary of defense to exempt those employees.

That previous policy, established by a January 2020 memorandum signed by former President Donald Trump, would have allowed the secretary of defense to designate agencies or subcomponents that performed intelligence, counterintelligence, investigation or national security work as exempt from collective bargaining guarantees, effectively removing any union agreement that got in the way of those missions.

The authority to exempt certain employees from collective bargaining for national security reasons is granted to the president, and in the past has only been utilized for specific offices and subcomponents.

Trump’s memo was the first time the president had delegated that authority to another official, though the secretary of defense under Trump never made use of the delegation.

‘On behalf of the 300,000 DoD civilian employees AFGE represents, I applaud President Biden’s action to revoke the previous administration’s union-busting memorandum. DoD workers have had the right to join a union and bargain collectively since 1962, and since that time they have proudly supported our service members during wartime and peacetime and helped keep our country safe,’ said American Federation of Government Employees National President Everett Kelley in a statement.”

For the rest of the story, visit the Federal Times here.