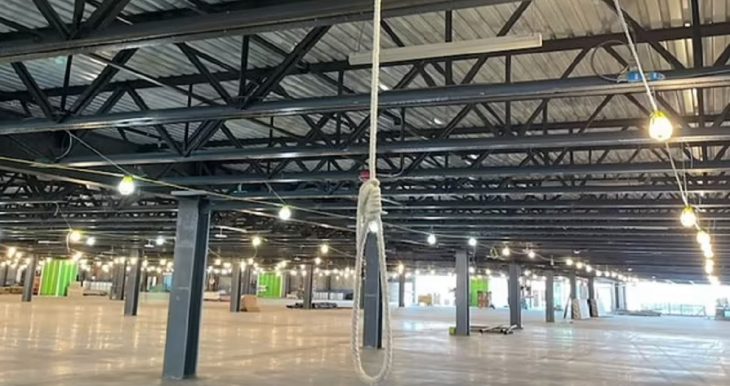 An analysis by The Washington Post looks at racism faced by Black construction workers in an industry that has a troubled history when it comes to discrimination.

“It happens like this: A noose is left at a construction site or office, somewhere it can easily be found. Usually, by a Black employee. Police are called, complaints filed and vows made to find the culprit.

The cycle played out repeatedly this spring at the site of a future Amazon warehouse in Connecticut, where the state’s governor decried the discovery of eight nooses in five weeks as ‘racist provocation of the worst type.’ Yet it’s a form of harassment that occurs with unsettling frequency in the construction industry: More than four dozen nooses have been reported at 40 building sites and offices across the United States and Canada since 2015, a Washington Post analysis of news reports and court documents has found.

The incidents reviewed by The Post involved at least 55 nooses and spanned 17 states, plus the District and Toronto, and several marquee projects: a Merck vaccine facility in North Carolina; campus expansions at Princeton and Johns Hopkins; a luxury shopping center in New Jersey; Apple’s Silicon Valley headquarters; and a Facebook data center in Iowa. In some cases, multiple nooses were found at the same site.

The symbolism is unambiguous, harking back to the days when the ‘threats of violence replaced slavery’ as a tool of social control against Black Americans, said Lydia Bates, a Ku Klux Klan expert with the Southern Poverty Law Center. It evokes America’s ugly history of lynching, when the noose was an implement of terror and murder used primarily against Black people, particularly in the South, after the Civil War and well into the 20th century.

The incidents offer a window into an industry that Wendell Stemley, director emeritus of the National Association of Minority Contractors, says has ‘deep roots in segregation,’ when Black workers were relegated to menial jobs with almost no path for advancement. In his view, the incidents signify the lack of inclusion of Black people in construction, who make up 6 percent of the workforce — versus 12 percent of all U.S. workers — and about 1.2 percent of its business owners.”