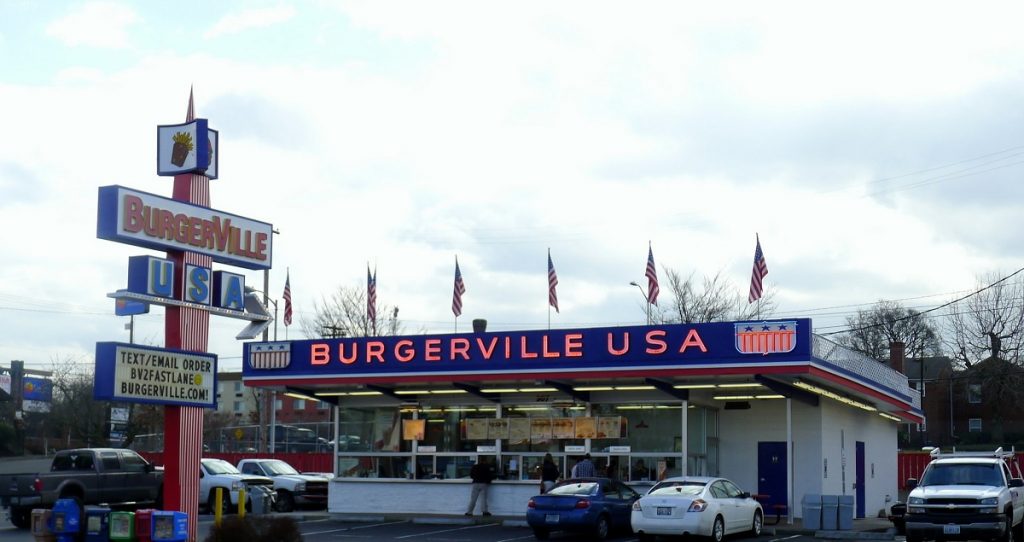 Portland, OR is known for its progressive policies. Could it make its name in history as the birthplace of the fast-food union movement?

“Workers at a Burgerville in Southeast Portland said they plan to file for a federal union election, a move that could place employees of the fast-food franchise at the forefront of a national labor fight .

Flanked by supporters, employees of the chain’s Southeast 92nd Avenue and Powell Boulevard location made the announcement outside the company’s Vancouver headquarters Monday.

The group said the company had 48 hours to voluntarily recognize a 2-year-old union created by workers, which has pushed for a $5 hour raise.

Should the company decline, workers will petition the National Labor Relations Board for a government-administered election to be held at their store sometime in April.

‘Burgerville respects the right of every employee to support or not support the organization of a union,’ Beth Brewer, a senior vice president for the company, said in an email to The Oregonian/OregonLive.

‘If there is enough support, we anticipate they will file a petition with the NLRB. Burgerville will abide by the NLRB’s decision and guidance.’

Organizers believe they have the votes to win a union election, which would legally require Burgerville to negotiate with the store’s workers.

A victory would also make the store the first federally recognized fast-food workers union in the U.S., organizers said.

The news comes amid growing national efforts to increase the minimum wage of fast-food workers to $15 an hour.

It is also the latest salvo by Burgerville workers and labor activists, who are working independently of the national ‘Fight For 15’ campaign, to compel the regional chain to increase wages and benefits for its employees.

In April 2016, members of the Industrial Workers of the World — better known as the Wobblies — helped launch the Burgerville Workers Union. Emett Schlenz, a campaign spokesman, said seven of the company’s 42 locations now have publicly active unions.

Several of them in the Portland area held walkouts and a three-day strike in February.”

For the rest of the article, visit The Oregonian here.