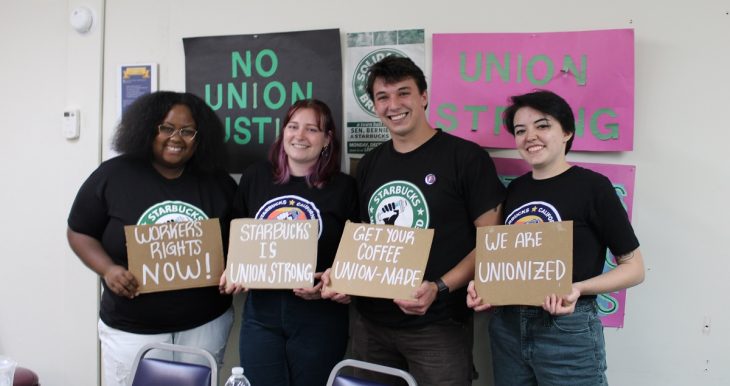 California officially has its first union Starbucks. Two of them, actually.

The two Santa Cruz stores voted overwhelmingly in favor of the union.

The NLRB posted that the store at 745 Ocean Street voted 13 to 1 in favor of the union.

The stores join over 60 other Starbuck cafes that have gone union, giving the workers a success rate of over 90% at elections.

Maybe Starbucks management will start to realize sooner rather than later that it is simply throwing money away by hiring union-busting law firms.