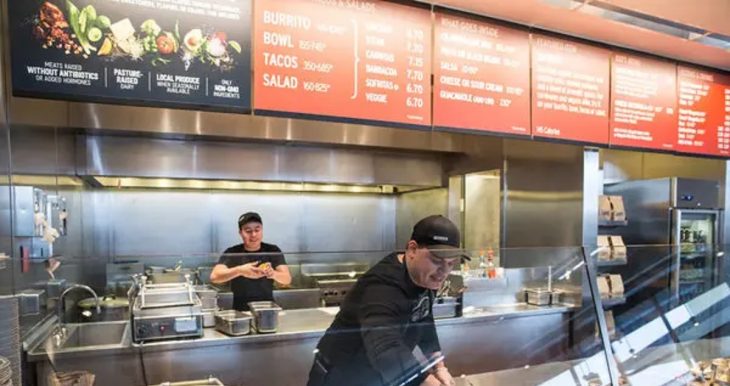 Year after, decade after decade, we’ve heard from restaurant chains that they simply can’t afford to pay workers any more than a poverty wage, despite the companies making billions in profits and paying CEOs lavish sums.

Now, with employees refusing to work for low wages, all of a sudden these companies miraculously have money to pay higher wages.

Chipotle, for example, just announced that it is raising its average wage to $15 an hour.

Where was that $15 an hour before? Did the company discover new money under the mattress?

No. Employees forced the company to cough up the money, which it apparently has always had, by refusing to work. Signs in fast food store windows across the country complain that employers do not have enough employees to open their doors (or drive-thru windows). And so the smart ones are paying more to attract workers.

Conservatives might argue that this is capitalism working as it should. But is it? Shouldn’t the “free market” pay employees what they are worth based on their productivity and value to a company? Instead, it appears that capitalism is about paying people poverty wages, while companies sit on a lot of cash, until employees can find a way to force employers to pay them what they are worth.