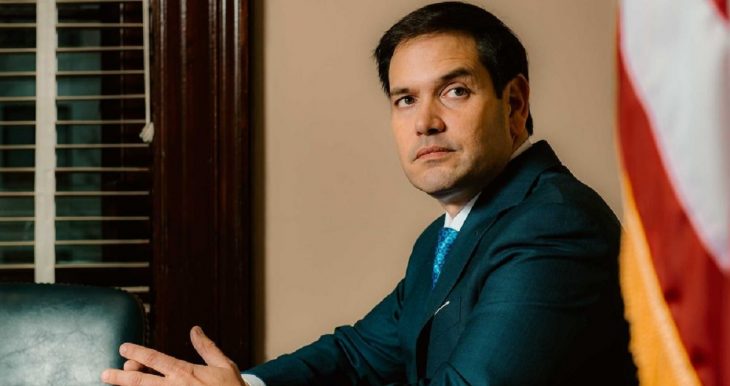 Marco Rubio is one of the most anti-union, anti-worker politicians in the GOP.

He has supported AFL-CIO positions only 8% of the time, compared to 17% of the rest of Senate Republicans.

He co-sponsored the national ‘right to work’ bill.

And he opposed a $15 minimum wage.

Yet, remarkably, he is voicing his support for Alabama Amazon workers in their union organizing drive.

Yahoo Finance! reports on his apparent change of heart:

“On Friday, Sen. Marco Rubio (R-Fla.) published an op-ed in USA Today expressing his support for recent unionization efforts by Amazon workers at the retail giant’s Bessemer, Ala., warehouse.

It was an unorthodox move for the Republican senator, whose party is more associated with pro-business policies that have contributed to organized labor’s waning influence in recent decades. But in his piece, Rubio criticized the retail giant for having “’waged a war against working-class values’ and claimed that “the days of conservatives being taken for granted by the business community are over.

‘When the conflict is between working Americans and a company whose leadership has decided to wage culture war against working-class values, the choice is easy—I support the workers,’ Rubio wrote. ‘And that’s why I stand with those at Amazon’s Bessemer warehouse today . . .’

Rubio’s pro-worker stance—which echoed a similar article he wrote for The Atlantic in 2018—could signal a broader political shift in favor of organized labor. After years of declining union membership, recent polling indicates that public support for unions in the U.S. is on the rise. And President Biden has looked to live up to his campaign promise of being ‘the strongest labor President you have ever had’ by broadly backing the Amazon workers’ right to unionize (albeit without naming the company or explicitly endorsing their unionization drive).

But while it’s not uncommon for Democratic lawmakers to offer such support to unions, the backing of a leading Senate Republican is far more surprising, and may hint at changing attitudes toward organized labor on the right. With the GOP increasingly looking to appeal to working-class voters, an embrace of pro-labor policies could prove to be in the party’s interest, given evidence showing that unions played a key role in reducing economic inequality in the 20th century.”

For the rest of the story, visit Yahoo! Finance here.