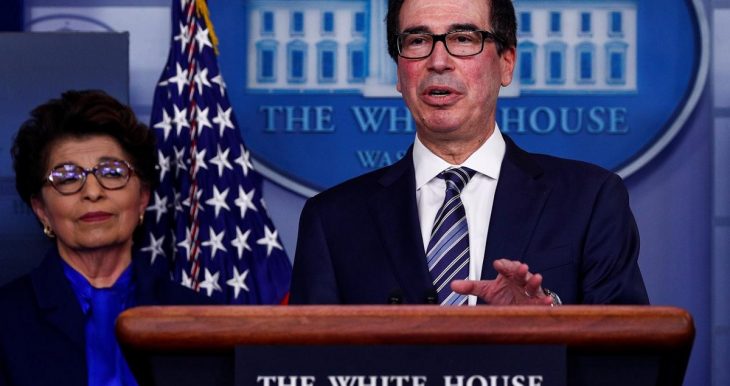 An incredible number of companies who avoid taxes or pay none at all have received bailout aid related to the COVID-19 pandemic.

“Last month Zagg Inc, a Utah-based company that makes mobile device accessories, received more than $9.4 million in cash from a U.S. government program that has provided emergency loans to millions of businesses hit by the coronavirus.

The money was part of the $660 billion Paycheck Protection Program (PPP) — a linchpin of President Donald Trump’s economic rescue package, meant to save small firms convulsed by the pandemic and help them to keep workers on the payroll.

Claimants certified the loans were necessary to support their business and received an average of $115,000 as of May 26, according to the Small Business Administration, which administers the program. Nasdaq-listed Zagg’s loan was more than 80 times that amount.

That wasn’t the only help Zagg had from the government lately. Last year, the company received a $3.3 million tax refund and racked up U.S. tax credits worth $7 million, its public filings show. It made $6 million in profit for 2019, but paid no tax in the United States.

Zagg has booked much of its profit through small companies in far-off Ireland and the Cayman Islands, its filings show.

The company’s situation is one of several that reveal a previously unreported aspect of the government relief program: The fund is giving millions of dollars in American taxpayer money to a number of firms that have avoided paying U.S. tax, a Reuters examination found.

In all, Reuters’ analysis of public data found around 110 publicly traded companies have each received $4 million or more in emergency aid from the program.

Of those subject to taxes, 12 of the companies recently used offshore havens to cut their tax bills, the analysis found. All together, these 12 received more than $104 million in loans from U.S. taxpayers. Seven of them paid no U.S. tax at all for the past year.”