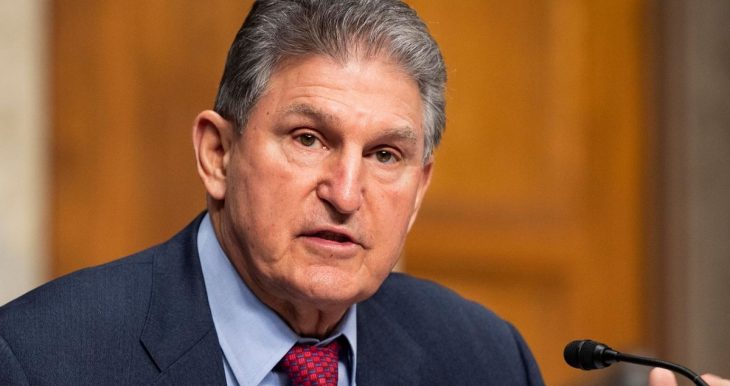 One of the more conservative, or, at least, right of center, Democrats will throw his weight behind the PRO Act.

The PRO Act would block ‘right-to-work’ laws, which allow people who benefit from union representation to opt out of membership and paying dues, and impose tougher restrictions on companies seeking to prevent unionization efforts.

It passed in the House last month in a narrow, party-line vote of 225-206, with just five GOP members supporting it and one Democrat voting against.

Machin’s support is significant because he is a centrist whose vote is key in a Senate evenly divided with 50 Democrats and 50 Republicans. But his support doesn’t ensure the measure will be law given that a handful of other Democrats have yet to voice support for the measure.

In addition, Manchin specified that he hopes to advance it through a bipartisan legislative process, meaning support from at least 10 GOP senators would be necessary, an unlikely outcome.

‘Fifty percent of unions fail in their first year of organizing. This legislation will level the playing field,’ Manchin said at a National Press Club virtual event on climate change, adding that he would be a co-sponsor of the bill.”