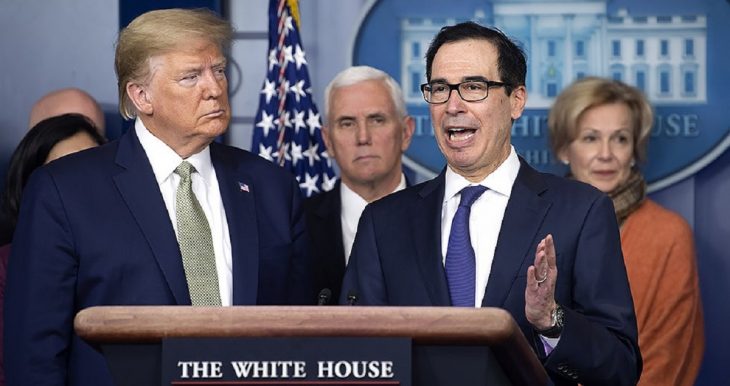 The super-wealthy just got wealthier thanks to tax savings in the stimulus package passed last month.

“As the federal government dispenses trillions of dollars to save the economy, small businesses and out-of-work individuals are jostling to grab small slices of aid before the funds run out.

But another group is in no danger of missing out: wealthy individuals and big companies that are poised for tax windfalls.

As part of the economic rescue package that became law last month, the federal government is giving away $174 billion in temporary tax breaks overwhelmingly to rich individuals and large companies, according to interviews and government estimates.

Some of the breaks apply to taxes that have long been in the cross hairs of corporate lobbyists. They undo limitations that were imposed to rein in the giveaways embedded in a $1.5 trillion tax-cut package enacted in 2017. None specifically target businesses or individuals harmed by the coronavirus.

One provision tucked into the federal economic-rescue law increases the amount of deductions companies are permitted to take on the interest they pay on large quantities of debt. Only companies with at least $25 million in annual receipts can qualify for that break.

Another change lets people deduct even more of their businesses’ losses from any winnings they reaped in the stock market, sharply reducing what they owe in capital gains taxes. Only households earning at least $500,000 a year — the top 1 percent of American taxpayers — are eligible.

And yet another provision in last month’s rescue package allows companies to deduct losses in one year against profits that they earned years earlier. The tax break most likely won’t put any extra cash directly into the hands of companies hit by the current crisis for at least a year.

The bottom line is that, barely two years after congressional Republicans and President Trump lavished America’s wealthiest families and companies with a series of lucrative tax cuts, those same beneficiaries are now receiving a second helping.

Many of the tax benefits in the stimulus are ‘just shoveling money to rich people,’ said Victor Fleischer, a tax law professor at the University of California, Irvine. While the 2017 tax-cut package was a bonanza for big companies and wealthy individuals, in order to keep the law’s overall costs down it imposed a number of restrictions on who could take advantage of certain tax breaks and how much those taxpayers could reap.”