Customers Are A Deadlier Threat Than Ever. Now Unions Are Negotiating The Right Of Workers To Defend Themselves.

Customers Are A Deadlier Threat Than Ever. Now Unions Are Negotiating The Right Of Workers To Defend Themselves. 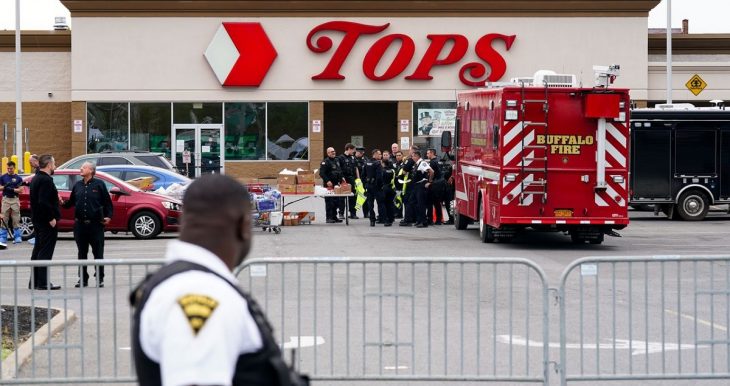 The statistics are terrifying: According to the FBI, more than half of active shooting incidents occurred in places of commerce. The Guardian reports that “44% of frontline retail staff have experienced hostility from customers in the past six months – up by a quarter from the figure of 35% in February.”

Last month, an active shooting incident at a grocery store in Buffalo, NY claimed the lives of four store employees and six customers.

With the unprecedented danger and abuse facing retail workers, unions are starting to negotiate with employers to ensure that workers have a right to defend themselves.

“In her 37 years in the grocery industry, said Kim Cordova, a union president in Colorado, she had never experienced the level of violence that her members face today.

So when she was negotiating contracts for 21,000 grocery workers in Colorado this past winter, the usual issues of wages and scheduling were certainly on the table. But just as critical, if not more so, was safety.

‘What happened with Covid?’ said Ms. Cordova, president of Local 7 of the United Food and Commercial Workers. ‘People have changed. Sometimes I wonder if I am living in a Netflix movie. This can’t be real.’

The union negotiated a contract that ensures workers have the right to defend themselves if a customer attacks them. It is a grim acknowledgment of not only the violence plaguing many facets of American society but the increasing unwillingness of retail employees to keep turning the other cheek to crime in their stores.

During the early months of the pandemic, stores became tinderboxes for a society frazzled by lockdowns, protests and mask mandates. Many workers say that tension persists, even as pandemic tensions recede, and that they need more protections.

According to a New York Times analysis of F.B.I. assault data, the number of assaults in many retail establishments has been increasing at a faster pace than the national average.

Some workers say companies are slow to act when they point out a potentially dangerous customer. Eden Hill, who works at a Fred Meyer supermarket in Richland, Wash., said colleagues had constantly warned management about a man who would spend hours in the store, talking especially to children. The store finally barred him, but ‘it took months,’ Ms. Hill, 21, said.

Still, she said, she didn’t worry too much about her own safety until a man came into the store in February and shot and killed an Instacart worker and seriously injured a Fred Meyer employee.

After the shooting, Ms. Hill was so shaken that she needed colleagues to walk with her through the store. ‘I didn’t feel safe walking the floor anymore,’ she said.

The grocery giant Kroger, which owns Fred Meyer, did not respond to requests for comment.”