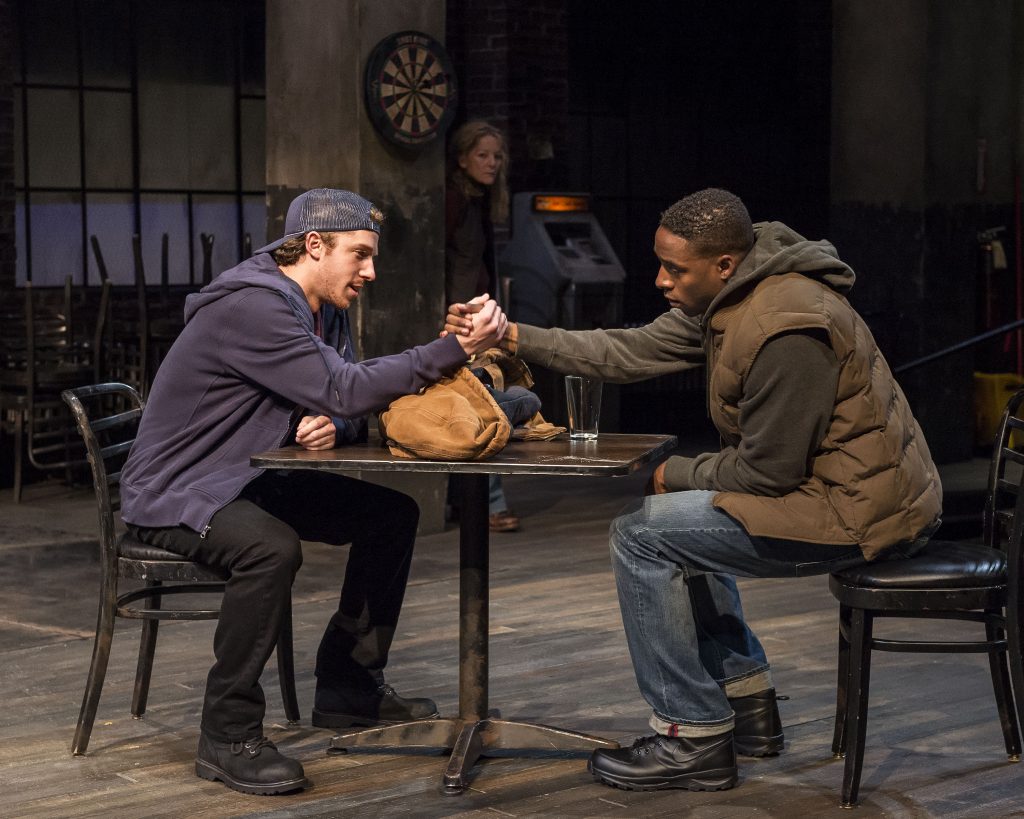 As a factory in Pennsylvania faces the effects of the great Recession, the lives and dreams of several of its workers start to crumble. Such is the harsh and still timely story of “Sweat,” the Pulitzer Prize-winning play by Lynn Nottage that is resonating with audiences across the country.

The play is also resonating with members of labor unions who – while not always the typical live theater-going population – nonetheless have been finding much in the play to discuss.

“I watched the play with a lot of union members who had been on the strike line,” said Alma Hernandez, Executive Director of SEIU California. “Having conversations with them and hearing how the play resonated…strike votes are very hard because a worker has to sacrifice everything. Watching them relive that [through the play] was fascinating.”

Hernandez spoke with Labor 411 after seeing the Los Angeles premiere of “Sweat” at the Mark Taper Forum. She also participated in a pre-show panel which discussed the barriers and challenges faced by people who are trying to live and work in Los Angeles. The panel and that evening’s performance were attended by more than 40 union members including large contingents from SEIU and UFCW Local 770.

But while the audiences are from Los Angeles watching the events unfold a decade after the recession, the issues and struggles of the characters are still recognizable. “A lot of people still have memories of 2008 and are still recovering,” Hernandez said. “The play touched on issues of race, and bail outs is still very relevant. There were references to immigration and humanity and solidarity and dignity. And that’s where the play ended. We have to take care of each other. That’s how it has to be.”

Set in a bar in Reading Pennsylvania and jumping between 2000 and 2008, “Sweat” tracks the lives of two lifelong friends – one white the other African American – who work together in a struggling factory. In the wake of the city’s financial devastation, we see the effects on the women’s two sons and on the life of a busboy at the bar who has dreams of working at the factory as longtime employees are forced out. Allegiances are tested and longtime bonds are severely tested.

Nottage’s play premiered at the Oregon Shakespeare Festival followed by Arena Stage in Washington, DC. Its New York premiere was at the Public Theatre in November of 2016, and the play’s Pennsylvania premiere will be produced by the Philadelphia Theatre Company in October.

In addition, the Public Theatre has launched a Mobile Unit tour of “Sweat” with a free touring production visiting cities throughout New York, Pennsylvania, Ohio, Michigan, Wisconsin and Minnesota through Oct. 23.

“The play was very powerful,” Hernandez said. “Seeing those experiences on stage was pretty impactful and it makes workers feel not alone and more committed to what they’re doing.”

“Sweat” continues through Oct. 7 at the Mark Taper Forum. Information. 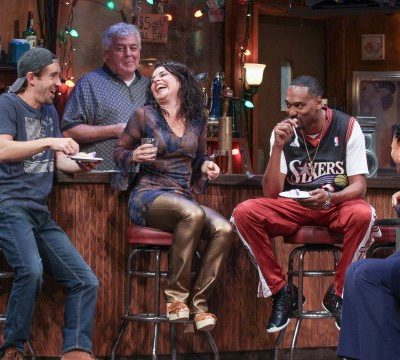