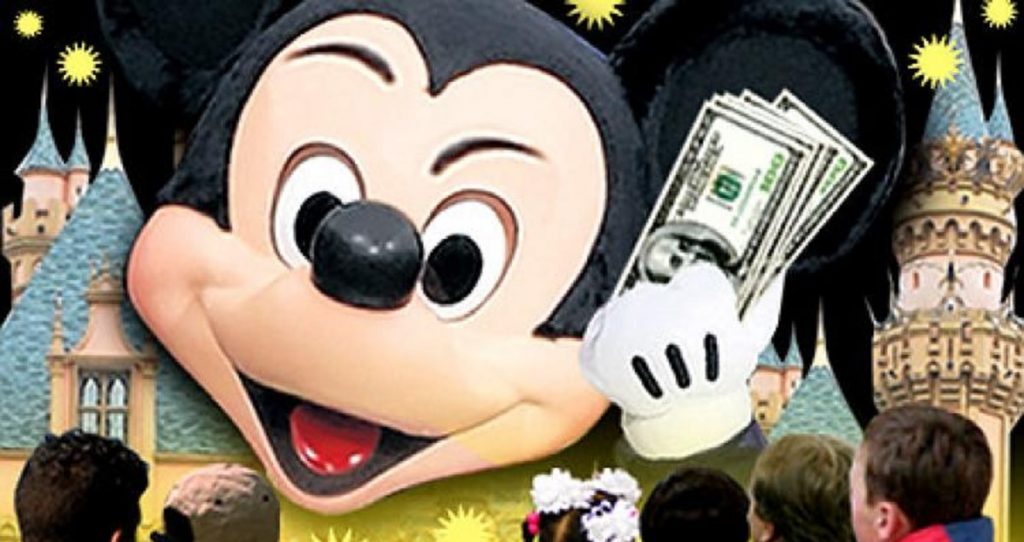 It’s well-known by now that Disney is refusing to pay unionized employees the $1,000 tax cut bonuses unless the workers capitulate on management’s contract demands.

But what’s not as widely publicized is the fact that the company’s CEO could earn up to $423 million, all with the blessing of the company.

“ISS Analytics, the data analysis arm of the proxy advisory firm Institutional Shareholder Services, estimates that Iger could earn as much as $423M over the next four years if he hits all the performance goals in his compensation package, according to Reuters.

That would rank Iger among the decade’s highest-paid CEOs in the U.S., Reuters reported.

‘Iger’s generous compensation package suggests the Disney board believes he is singularly placed to lead the company over the next several years,’ said John Roe, head of ISS analytics.

In return for extending his contract through 2021, Iger received a $25M stock award vesting over four years and, more significantly, large incentives to close the 21st Century Fox deal quickly, after which he will receive an additional $16M annually, ISS told Deadline. An additional balloon payout targeted at $70M at the end of 2021 is also in place. If all performance maximums are met, Iger’s total potential payout stands at more than $423M.

A majority of Disney shareholders — 52% — opposed Iger’s compensation and that of other executives in a non-binding advisory vote. The vote tally was reported during Disney’s March 8 annual shareholder meeting in Houston.

Disney did not respond to a request seeking comment.”

For the rest of the article, visit Deadline.com here.