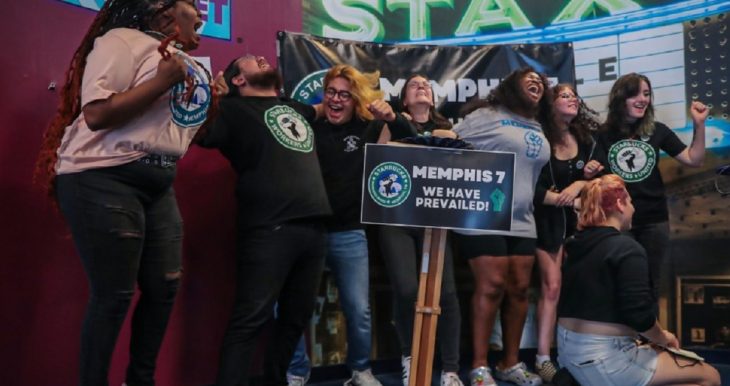 The Starbucks union-busting machine suffered its most high profile defeat today as a federal judge ordered it to reinstate pro-union employees that it fired.

“A federal judge is ordering Starbucks to reinstate seven employees in Memphis who were fired earlier this year after leading an effort to unionize their store.

In a decision issued Thursday, U.S. District Judge Sheryl Lipman agreed with the National Labor Relations Board, which had asked the court to intervene in May.

Lipman’s decision requires Starbucks to offer to reinstate the employees within five days. Starbucks will also be required to post the court order in the Memphis store.

Starbucks fired the seven employees in early February, citing safety. The Seattle coffee giant said the employees violated company policy by reopening a store after closing time and inviting non-employees — including a television crew — to come inside and move throughout the store.

The NLRB had begun administrative proceedings against Starbucks, saying the company was unlawfully interfering in workers’ right to organize. But those proceedings can take so long that the NLRB asked the federal court for an immediate injunction requiring Starbucks to reinstate the workers.”