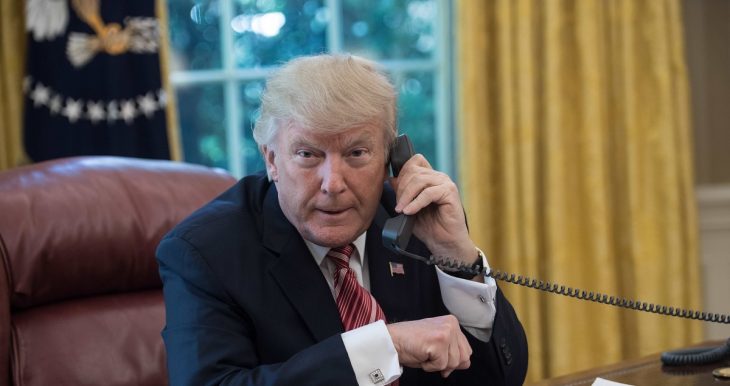 President Donald Trump’s attempt to hide his tax returns from the public took a blow today when a federal judge ruled against him.

“A federal judge on Monday dismissed a lawsuit brought by President Donald Trump in his effort to block a subpoena issued by the Manhattan district attorney’s office for eight years of Trump’s tax returns, rejecting the President’s ‘extraordinary’ claim that any occupant of the White House enjoys ‘absolute immunity from criminal process of any kind.’

Describing Trump’s argument as a “categorical and limitless assertion of Presidential immunity,” US District Court Judge Victor Marrero wrote in an opinion that it “would constitute an overreach of executive power.”

Lawyers for Trump have indicated they would appeal the ruling.

In September, after the lawsuit was filed, the district attorney’s office agreed not to enforce the subpoena for a period of time that was set to expire Monday at 1 p.m. ET.

The Manhattan District Attorney’s Office, led by Cyrus Vance Jr., is examining hush money paid to two women who, during the 2016 presidential campaign, alleged having affairs with Trump a decade ago.

Trump has denied having affairs with both women.