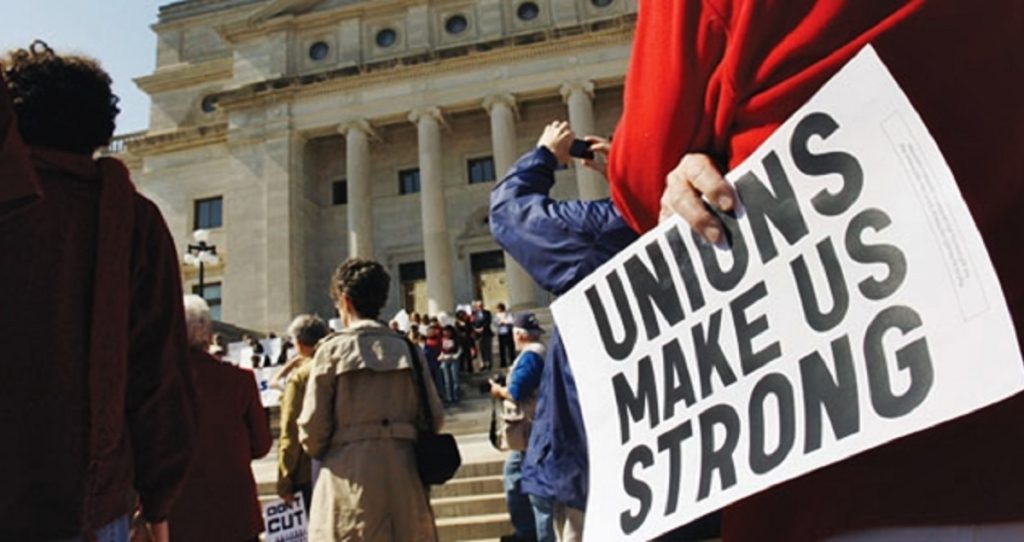 According to the Bureau of Labor Statistics, union members earn over $200 more a week than workers not in unions. That translates to over $10,000 a year just for belonging to a union.

Trying to negotiate compensation on one’s own against a multi-billion dollar company is much less effective than doing so with hundreds or thousands of workers in solidarity with you. That is why workers represented by unions work under comprehensive contracts that spell out many of the provisions of employment. Workers who do not have the benefit of union representation, however, often have to take what their employer gives them, which is little more than at-will employment with terms set by the employer.

Want a pension? Join a union. In the non-union world, a pension is a rarity. But unions have long fought for a secure retirement for their members. And a strong pension is the foundation of that retirement.

Unions often provide their members with various discounts on products and services such as cellular plans, rental cars, and more. And if your union is part of the AFL-CIO, you get access to products via Union Privilege, such as the popular Union Plus credit card, mortgage assistance, and scholarships.

Did we miss a reason? Let us know in the comments.