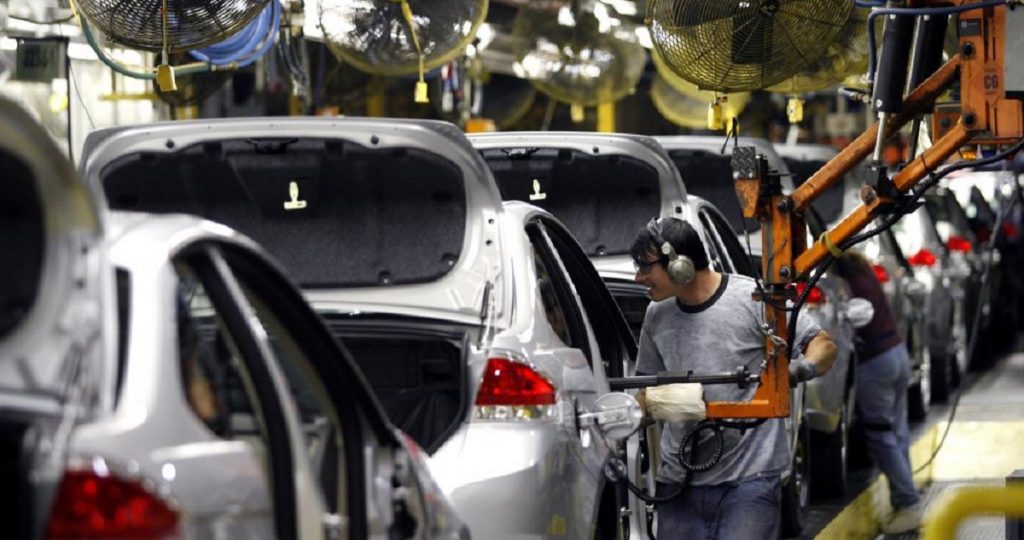 While many companies talk the talk of providing more jobs at home, Ford has been walking the walk.

“For the first time since at least the 1930s, Ford Motor Co. employs more U.S. factory workers than its larger rival, General Motors.

Ford, after cutting its hourly work force by more than half from 2005 through 2011, has been on a hiring binge. It has added an average of 10 union jobs a day since 2011, company figures show, easily beating a target of 12,000 new jobs in that period.

While GM has just two-thirds as many UAW members as in 2007, Ford has now brought back all of the factory jobs it eliminated during the recession. Ford built about 125,000 more vehicles in the U.S. last year than it did in 2007, despite having seven fewer plants.

This news come on top of a recent announcement from Ford that it would give out profit-sharing checks of $6,900 per worker this year. We hope that other companies will recognize that the Ford model of using union labor and paying them well is one worth following in today’s economy.