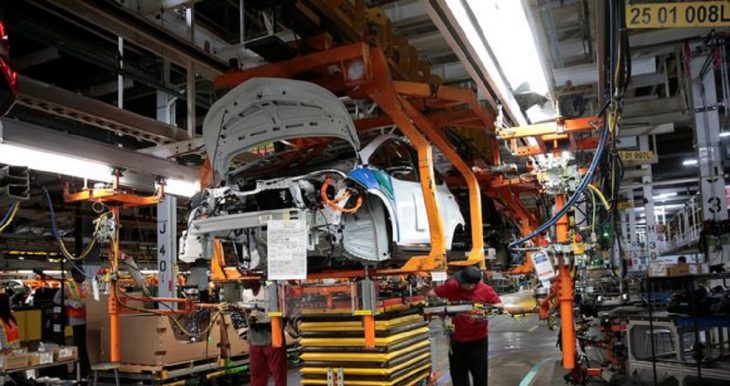 An to pot testing could be coming to GM soon.

“General Motors is having trouble finding employees for two of its busiest assembly plants.

While finding employees is an issue plaguing many businesses, UAW officials for GM’s Flint and Fort Wayne plants believe the solution is quite simple — stop testing for marijuana, and raise the starting wage.

UAW Local 598 Shop Chairman Eric Welter told the Detroit Free Press he believes that marijuana testing is a deterrent and many applicants don’t return after finding out about the mandatory testing.

‘When you have a line of people waiting for a job, then it’s OK to test for it,’ Welter told the Detroit Free Press. ‘But if you don’t have enough candidates, testing for marijuana might turn people off from applying.’

Michigan voters approved cannabis use for medicinal purposes in 2008 and for recreational use for adults age 21 and older in 2018 . . .

While drug testing serves as a detractor, the company’s starting wage of $16.67 may also turn off many applicants. Rich LeTourneau, shop chairman at GM’s Fort Wayne Assembly, told the Detroit Free Press the recent increase in pay at other establishments has made GM look less appealing to applicants. LeTourneau says an increase in wages would help draw people to apply.

‘What really needs to happen is lift that $16.67 cap and hire them in at $18,’ LeTourneau told the Detroit Free Press. ‘Pizza Hut is paying $20 an hour to deliver pizza here.'”

For the rest of the story, visit the Detroit Metro Times here.