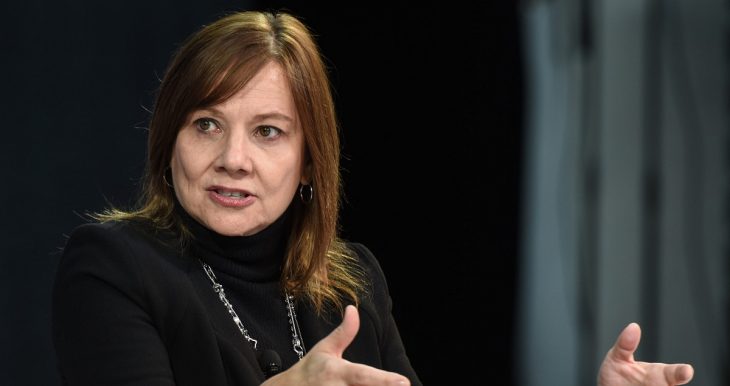 Funny how there is always exorbitant amounts of money for executives, even when a company is laying off workers.

“General Motors CEO Mary Barra might be the most unpopular CEO in the United States right now after GM announced it is slashing up to 15,000 jobs and closing up to five plants in North America.

Barra has been shredded from all sides for the decision, including from President Donald Trump.

‘Very disappointed with General Motors and their CEO, Mary Barra, for closing plants in Ohio, Michigan and Maryland. Nothing being closed in Mexico & China. The U.S. saved General Motors, and this is the THANKS we get! We are now looking at cutting all @GMsubsidies, including… for electric cars. General Motors made a big China bet years ago when they built plants there (and in Mexico) – don’t think that bet is going to pay off. I am here to protect America’s Workers!’

[Related: GM, Which Made $8.1 Billion In Profit And Paid Its CEO $22 Million, Just Cancelled Health Benefits For 50,000 Workers]

West Virginia Democrat Richard Ojeda, who is considering a presidential run in 2020, blasted Barra on Twitter for her $22 million salary, a number that was confirmed by Politifact. Barra’s salary is in fact 295 times higher than the average GM salaried worker’s $74,000.

For the rest of the story, visit Money and Markets here.