GOP Governor: Teachers wanting better pay is like ‘a teenage kid that wants a better car’

GOP Governor: Teachers wanting better pay is like ‘a teenage kid that wants a better car’ 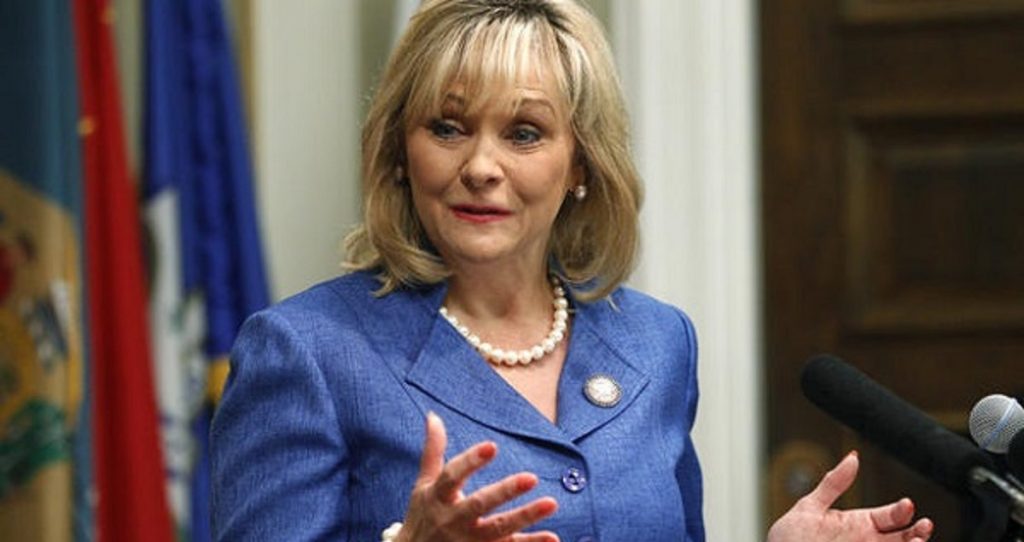 Oklahoma’s governor is drawing criticism for her remarks on the teacher walkout.

“[T]housands of Oklahoma teachers marched at the state capitol. Inside the rotunda, educators, and hundreds of their students demanded an increase in school funding.

On Tuesday, Oklahoma Governor Mary Fallin signed a bill giving teacher-support staff, like teachers’ aides and janitors, a $1,250 raise. Last week, she signed a measure that gave teachers a $6,000 pay raise, but only added an additional $50 million to school funding. Teachers were asking for $200 million more.

‘Teachers want more,’ Fallin said. ‘But it’s kind of like having a teenage kid that wants a better car.’

Teachers turned into lobbyists, crowding the hallways and waiting in line to meet with almost every state lawmaker. Liz Hoggett and her fellow teachers from Norman, Oklahoma, public schools went office to office, leaving notes and letters for legislators, asking for more school funding. They waited more than an hour to meet with their state senator, but he had to leave for a roll call vote. The third generation teacher says she’s frustrated, but doesn’t plan to give up.”