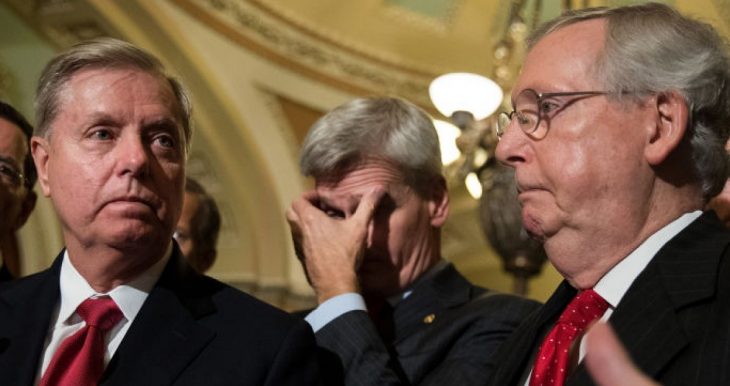 The GOP is having none of Trump’s election delay talk.

“A large number of congressional Republicans, including members of House and Senate leadership, openly rejected President Donald Trump’s suggestion Thursday that November’s presidential election should be delayed, a move that the President would have no authority to make given that the Constitution gives Congress the power to set the date for voting.

It was the latest example of the President making incendiary comments on Twitter — and putting Republicans in an awkward spot to deal with the fallout.

Majority Whip Sen. John Thune, a member of Republican leadership, told CNN that there will be an election in November despite the President’s tweet.

“I think that’s probably a statement that gets some press attention, but I doubt it gets any serious traction,” Thune said.

“I think we’ve had elections every November since about 1788, and I expect that will be the case again this year,” he said.

Senate Majority Leader Mitch McConnell similarly insisted that the election will go on as planned.

“Never in the history of the country, through wars, depressions and the Civil War, have we ever not had a federally-scheduled election on time. We’ll find a way to do that again this November 3rd,” the majority leader said in an interview with WNKY.

Earlier on Thursday, Trump tweeted, ‘With Universal Mail-In Voting (not Absentee Voting, which is good), 2020 will be the most INACCURATE & FRAUDULENT Election in history. It will be a great embarrassment to the USA. Delay the Election until people can properly, securely and safely vote???'”