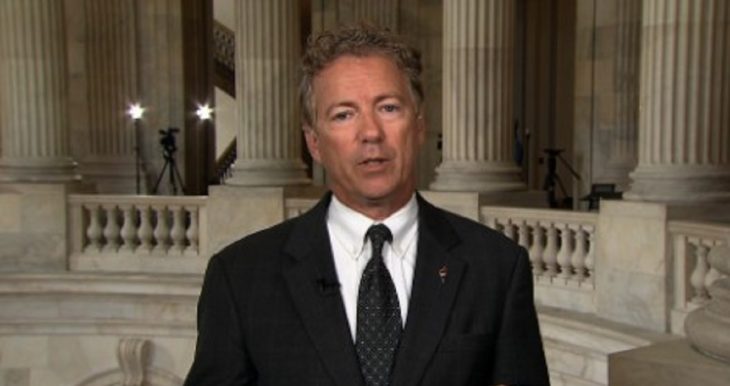 One of the staunchest opponents of socialized health care is off to Canada for surgery.

“U.S. Sen. Rand Paul plans to undergo hernia surgery at a private hospital in Canada because of injuries he suffered when a neighbor tackled him while he was doing yard work at his Kentucky home.

The Republican lawmaker is scheduled to cross the border for outpatient surgery scheduled sometime during the week of Jan. 21 at a hospital in Thornhill, Ontario, his attorneys said in a recent filing in Paul’s lawsuit against Rene Boucher, who attacked Paul while the senator was doing yard work.

The surgery is related to the 2017 attack, the court document says. Boucher pleaded guilty to assaulting a member of Congress and was sentenced to 30 days in prison. Federal prosecutors are appealing the sentence, saying 21-months would have been appropriate.

Paul is scheduled for surgery at Shouldice Hospital, which touts itself as a world leader in ‘non-mesh hernia repair.'”