GOP Senator To Teachers, Unions, And Others Against School Reopenings: They ‘Can Kiss My A**’ 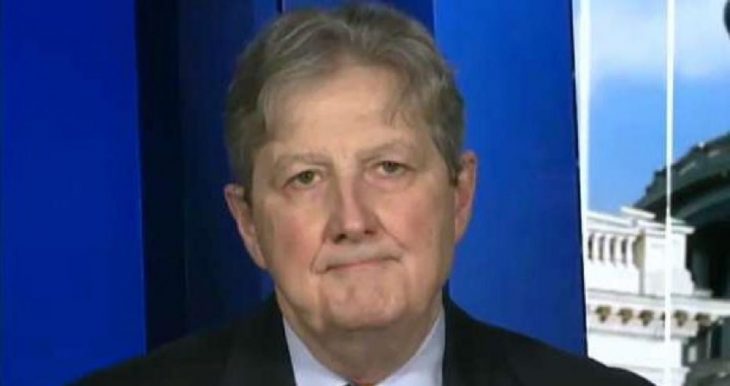 A Republican senator had harsh words for those who are worried about reopening schools amid the coronavirus surge.

“Senator John Kennedy, a Republican from Louisiana, said, during a Monday evening interview with Fox News, that those who oppose schools’ reopening ‘can kiss my a**,’ despite many educators and teacher’s unions raising serious concerns about returning to the classroom during the coronavirus pandemic.

‘America’s going through a rough patch right now. Some people seem to be enjoying it. Maybe they just hate America. Maybe they just enjoy watching the world burn. I think some are liking the chaos because they think it gives them a political advantage. Part of that chaos is caused by school’s closing. For our kids, we need to open them,’ Kennedy said.

President Donald Trump and Secretary of Education Betsy DeVos have been pushing for schools to reopen in the fall, even as the new coronavirus pandemic surges in states across the country. Trump and DeVos have warned that funding could be cut to schools if they choose to remain physically closed at the end of summer, although it’s unclear whether such a decision from the executive branch would be legally permissible.

Polling by Axios and Ipsos, which was published on Tuesday, showed that about 7 in 10 Americans view sending their children back to school as a large or moderate risk. That includes 82 percent of Democrats and 53 percent of Republicans. Educators and teachers’ unions have raised significant concerns about the safety of returning to classrooms. Although children face relatively low risks from the virus, older teachers and parents face higher risks of having a serious, or even fatal, infection.

‘There’s no one that wants their kids back with us more than teachers.… But we want to open it safely,’ Lily Eskelsen García, president of the National Education Association, the largest teachers union in the U.S., told CNN last Wednesday.

‘I double-dog dare Donald Trump to sit in a class of 39 sixth graders and breathe that air without any preparation for how we’re going to bring our kids back safely,’ Eskelsen García said.”